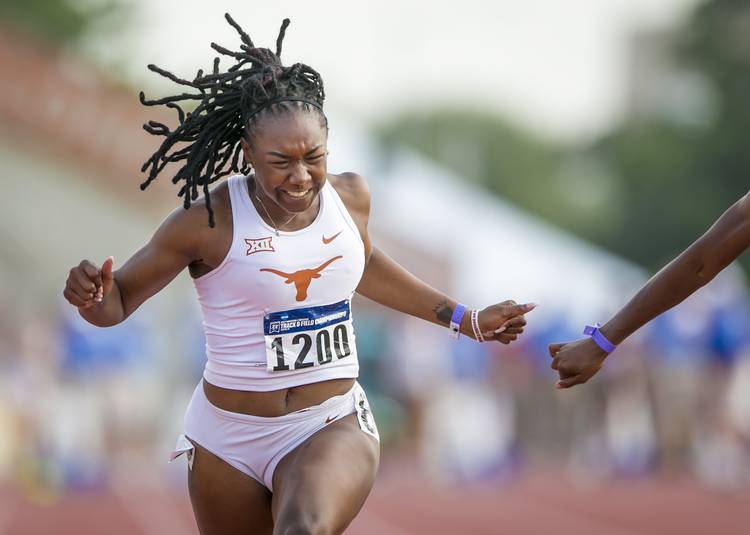 University of Texas graduate Teahna Daniels was the surprise winner of the 100 meters this past Friday at the USATF Outdoor Championships and is one of 12 Longhorns who qualified to compete at the IAAF World Championships this fall.

After placing just fourth at the NCAA Championships in Austin last month, the Florida native was not favored for a podium position in Des Moines this weekend against a field of the fastest women in the world. But after an average start, Daniels showcased her strength over the final 20 meters and pulled away from the field despite the -1.7 headwind to win in 11.20.

By placing top three at the event, Daniels qualifies to represent Team USA at the IAAF World Championships in Doha, Qatar, which are held from September 27 through October 6 of this year. According to Texas Athletics, Daniels is the first Longhorn to win the USATF 100m title since Carlette Guidry in 1991.

Thank you everyone for the love!!! I want to reply to everyone but it's so much!!!

WE'RE GOING TO DOHA!!
ALL PRAISE TO THE MOST HIGH! #USACHAMPION 🇺🇸🥇

Runner-up English Gardner, who ran 11.25, and third-placer Morolake Akinosun, who ran 11.28, will also compete in Doha in the 100m and the 4x100m relay. Akinosun is a fellow University of Texas alum who graduated in 2016.

Sha’Carri Richardson, the LSU freshman who shocked Myers Stadium in June by setting a collegiate record of 10.75 (+1.6), finished last in 11.72. Both Richardson and Daniels signed professional contracts with Nike in the past month.

On Sunday, Daniels nearly booked her ticket to Doha in a second event, the 200 meters. She placed fourth in 22.83 (-1.8) and missed qualifying by two one-hundredths of a second to Angie Annelus of USC, the two-time NCAA champion in the event.

Allman, Carter, Harrison and Saunders are volunteer assistant coaches with the program and train as professionals under head track coach Edrick Floreal.

Jones will represent his native Barbados at the World Championships.

Daniels, Jones, Crouser and Harrison all won national titles in their respective events.