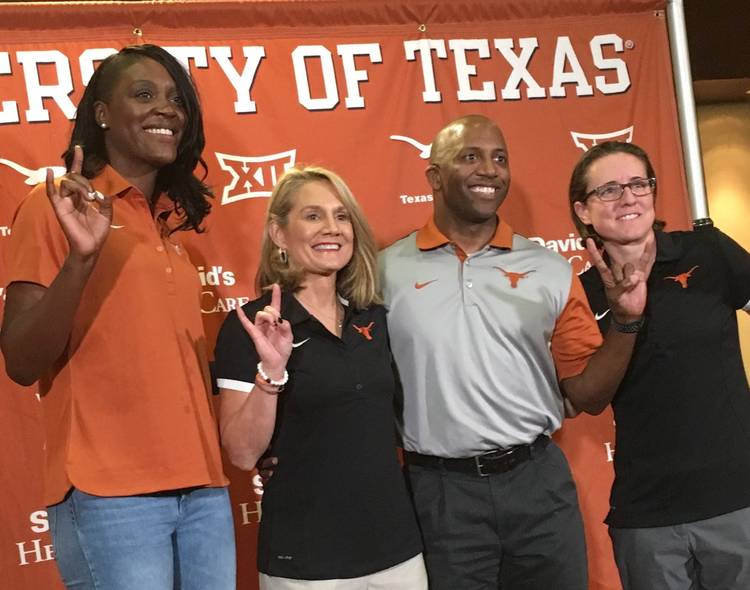 In a rare mid-summer news release, Texas women’s coach Karen Aston announced Thursday that assistant coach Tiffany Jackson was stepping down to “pursue other interests outside of coaching.”

There was no other explanation for Jackson’s departure, other than two statements from the former All-American, nine-year WNBA veteran and Texas-ex along with the coach.

“The University of Texas has been such a big part of my life for many years,” Jackson said in her statement. “It was an honor to play for the Longhorns and I want to thank Karen Aston and the administration for the opportunity to have been an assistant coach at my alma mater.”

Jackson said this past year was a “dream come true” and she was blessed to work with such a great group of players.

“My son Marley is and always has been my first priority,” Jackson’s statement continued. “I am looking forward to spending more time with him and am excited about the opportunity to pursue some interests outside of coaching. I will be a Longhorn for life.”

Jackson came to UT after a decorated career at Duncanville and became one of three players in Texas history to be named All-American in three separate seasons.

“I appreciate her serving her alma mater as an assistant coach the past year,” Aston said in a statement. “She has been a great role model for our players. Tiffany and her son Marley will always be part of the Texas Family and we wish them all the very best in their next chapter of life.”

There was no indication Thursday how Aston will fill this new vacancy on her coaching staff.