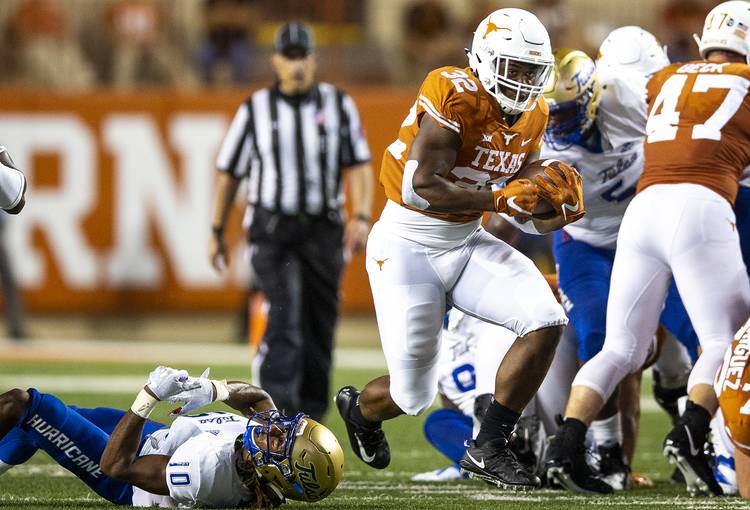 With just over a week to go before its season opener against Louisiana Tech, Texas has crossed another running back off its depth chart.

The Longhorns announced on Friday that junior Daniel Young will be “sidelined for several weeks” with a high ankle sprain. In 27 career games at Texas, Young has rushed 123 times for 526 yards and three touchdowns. Young was expected to contribute this fall as a short-yardage back who can also block.

With Young and Johnson out, Texas will be lacking depth behind Ingram and freshman Jordan Whittington. The idea of using freshman receiver Jake Smith as an emergency option has been mentioned by Texas coach Tom Herman. UT assistant Stan Drayton also told reporters this week that walk-on Jarrett Smith could see some playing time.

Smith is a 5-7, 200-pound redshirt freshman who attended Clear Brook High. According to 247Sports, he was offered by schools like Air Force, Army and Navy in high school. Said Drayton of Smith: “He is a scholarship tailback, he really is. He is truly a guy that if that room blows up, he can get us out of a game. … If we do get in a crunch and he’s available, don’t be surprised if you see him go in a game.”