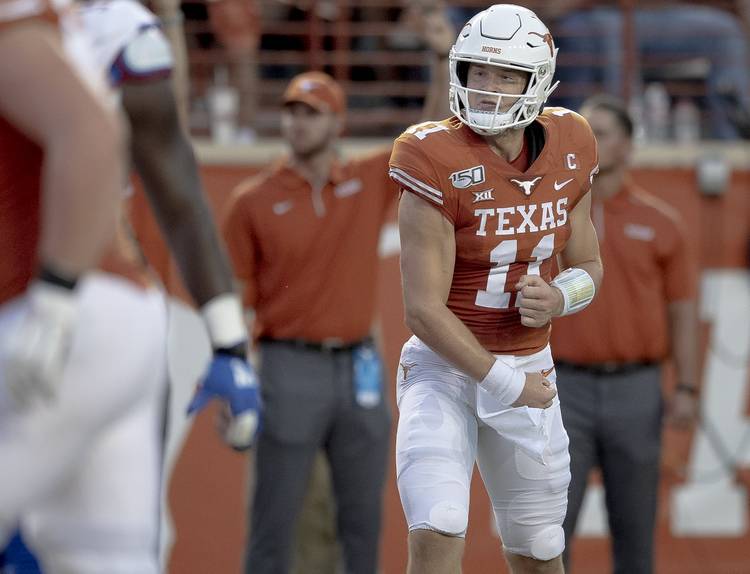 Texas quarterback Sam Ehlinger (11) pumps his fist after a touchdown against Louisiana Tech on Aug. 31, 2019 in Austin. [NICK WAGNER/AMERICAN-STATESMAN]

Before this season, the Texas football players decided to log off of Twitter. With his mentions unavailable, LSU fans have found another way to connect with Sam Ehlinger ahead of Saturday’s showdown at Royal-Memorial Stadium.

A Texas spokesperson confirmed the story to the American-Statesman. Ehlinger’s phone number had originally been posted on social media.

Ironically, these hijinks give Ehlinger something in common with noted Longhorn foe Baker Mayfield. During the 2017 College Football Playoffs, the then-Oklahoma quarterback had his number publicized ahead of a meeting with Georgia. Mayfield was forced to change his phone number.

To whoever posted my cell #, bravo. But I got it changed! And to the Georgia fans that had the kind words of encouragement… I applaude your creativity

LSU and Texas are currently ranked sixth and ninth in the AP poll. A Heisman Trophy contender, Ehlinger threw for 276 yards and rushed for 34 yards in UT’s season opener. He also accounted for four touchdowns in that 45-14 win over Louisiana Tech.