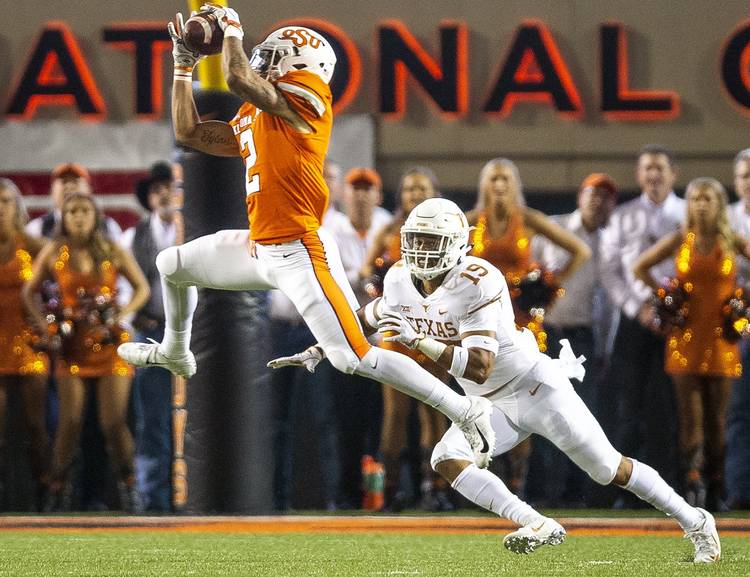 Texas will open up conference play with a nightcap against Oklahoma State, the school announced on Monday.

Texas and Oklahoma State will battle at 6:30 p.m. on Sept. 21. ABC will televise the game, which will be played at Royal-Memorial Stadium.

Currently, Texas is 1-1 and ranked 12th in the Associated Press’ national poll. Oklahoma State has beaten Oregon State and McNeese State by a combined score of 108-50. Texas will close out its non-conference schedule this weekend with a game at Houston’s NRG Stadium. Meanwhile, Oklahoma State is set to travel to Tulsa.

Texas holds a 19-9 lead in this all-orange series, but Oklahoma State has won the last four games. The Cowboys last lost in Austin in 2008. Last season, Texas was seeded sixth in the AP poll and coming off a bye when it was stunned in Stillwater.