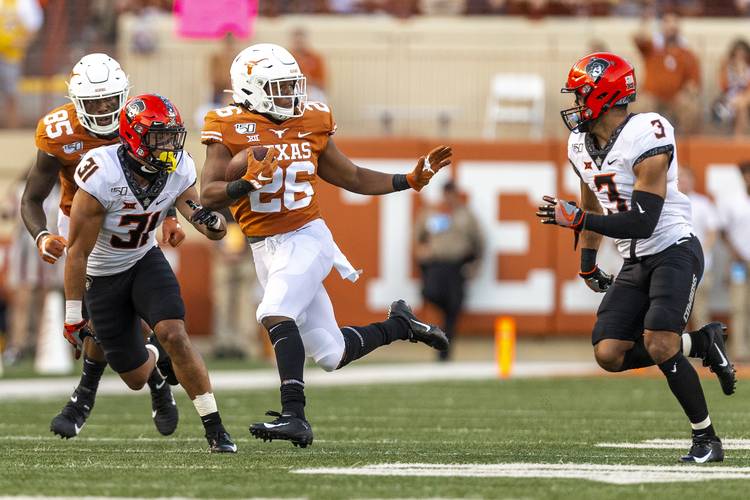 Texas running back Keaontay Ingram (26) gets between Oklahoma State safety Kolby Harvell-Peel (31) and safety Tre Sterling (3) in the first half of an NCAA college football game at Royal-Memorial Stadium, Saturday, Sept. 21, 2019. [Stephen Spillman for Statesman]

The No. 12 Longhorns open Big 12 play tonight with a sold-out matchup against the Cowboys at Royal-Memorial Stadium. For live updates, photos and analysis from the American-Statesman’s Brian Davis, Danny Davis and Kirk Bohls, check out our game day page at the link below:

Texas announced before the game that WR Collin Johnson would again be out:

Texas announces that WR Collin Johnson (hamstring) will be out again tonight. So will B.J. Foster (hamstring) and S DeMarvion Overshown (back).