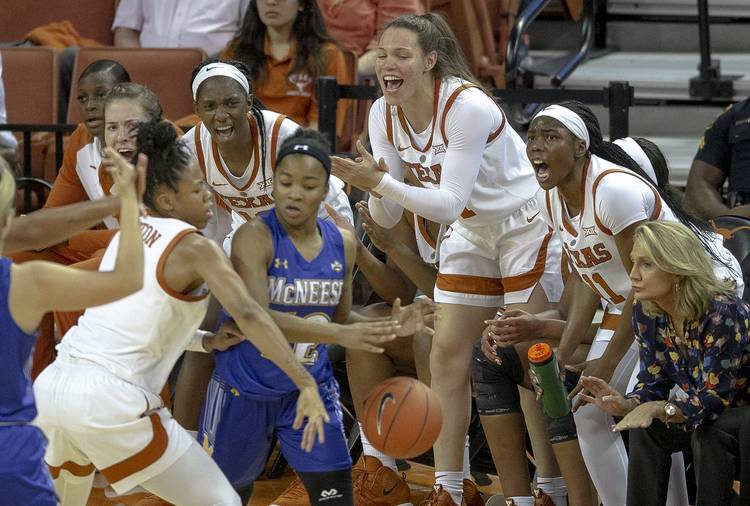 The 2019-20 basketball season doesn’t get underway for another seven weeks, but the Longhorn still earned a victory this weekend.

On Friday evening, Elyssa Coleman announced that she had given Texas a verbal commitment. Coleman is a 6-3 forward from Humble Atascocita High. She joins two guards — Westlake’s Shay Holle and California recruit Ashley Chevalier — in Texas’ 2020 recruiting class.

Two weekends ago, Coleman took an official visit to Texas. Coleman also went on official visits to Illinois and San Diego State this month. Texas Tech and LSU were the other schools considered by Coleman.

Coleman was named District 21-6A’s Defensive MVP as a sophomore. During the 2018 postseason, however, she tore the ACL in her left knee. That injury cost Coleman part of her junior year. She returned in time to contribute to Atascocita’s run to the fourth round of the Class 6A playoffs.

UPDATE: On Saturday, Texas also gained a commitment from Precious Johnson. Johnson is a 6-4 post from Baytown Sterling.