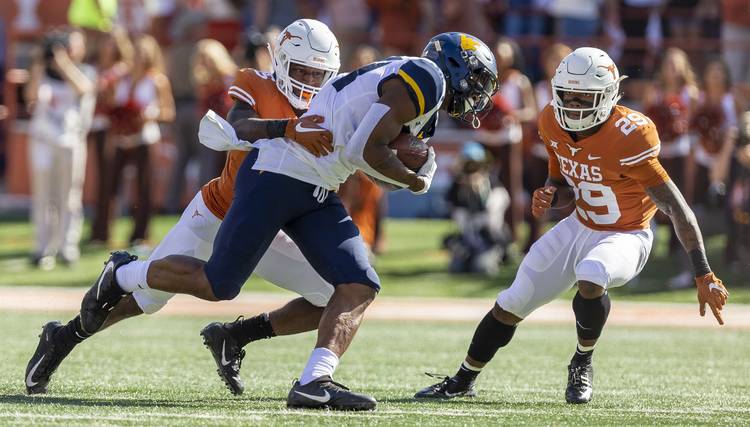 After a month of night games, a couple of daytime kickoffs have appeared on Texas’ schedule.

The Big 12 announced on Monday that Texas and West Virginia will play at 2:30 p.m. CST on Oct. 5. The Longhorns’ trip to Morgantown will be televised by either ABC or ESPN.

The first four games of Texas’ season kicked off in the evening. The next game on UT’s schedule — the annual Red River Showdown on Oct. 12 — will start at 11 a.m.

Ranked 11th in the Associated Press’ poll, Texas is 3-1 this season. West Virginia has also won three of its four games, and the Mountaineers opened conference play with last week’s 29-24 victory over Kansas. Both Texas and West Virginia have byes scheduled for this week.

Texas and West Virginia have played eight times before. The Mountaineers hold a 5-3 lead in the series. West Virginia recorded a 42-41 win in Austin last year.

Still a top-10 team, Texas finds itself looking up at Baylor in the AVCA poll