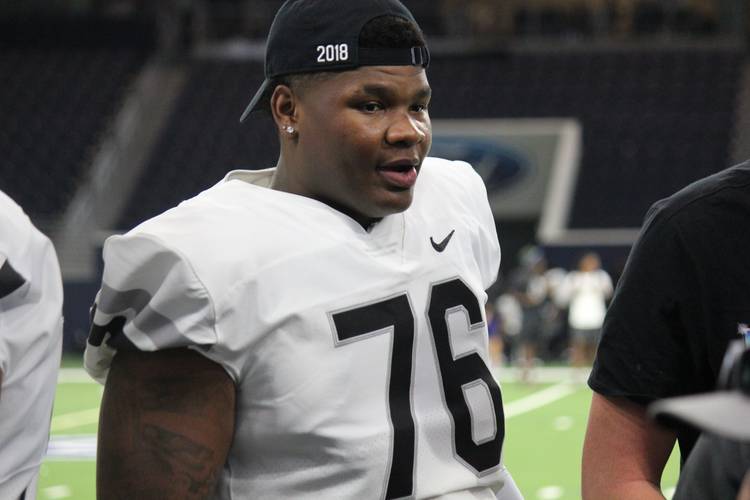 The recruitment of Javonne Shepherd was full of twists and turns. His journey will continue away from Austin as the true freshman offensive tackle entered the transfer portal, per sources. Shepherd’s arrival into the transfer portal was first reported by Inside Texas. Shepherd was a four-star and a member of the 2019 Fabulous 55. He attended North Forest High School in Houston and chose Texas over Texas A&M late in the recruiting cycle.

Shepherd is the second player from the 2019 class to enter the portal after Bru McCoy did the same thing after spring practice. He’s now at USC. Shepherd and McCoy were part of a 2019 class that ranked third in the nation and first in the Big 12. Texas signed three other offensive tackles in the 2019 class, including four-star Tyler Johnson.

Wrong for Texas fans to be worried about the KU win? ‘No, they should be,’ Tom Herman says