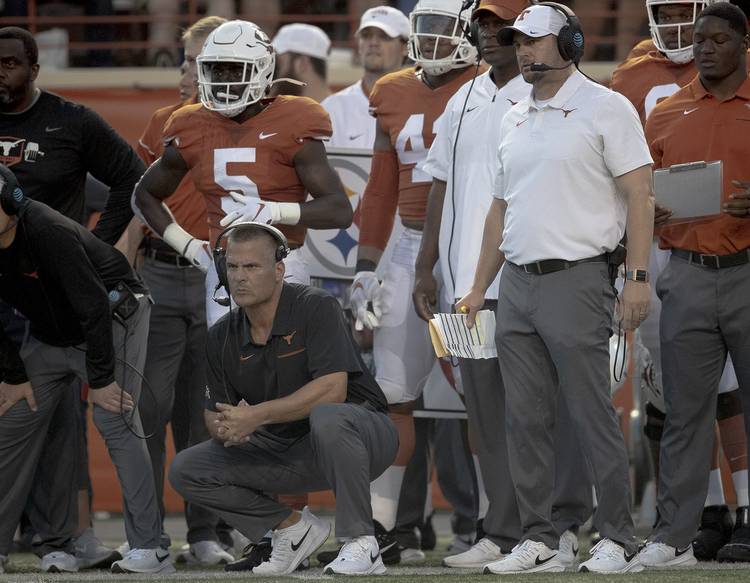 After Saturday’s near-disaster against Kansas, the Texas Longhorns play at TCU Saturday in what has to be considered a crossroads game.
Statesman writers Danny Davis, Kirk Bohls and Cedric Golden discuss Tom Herman’s comments at his Monday media availability and update the injury situation on the roster.