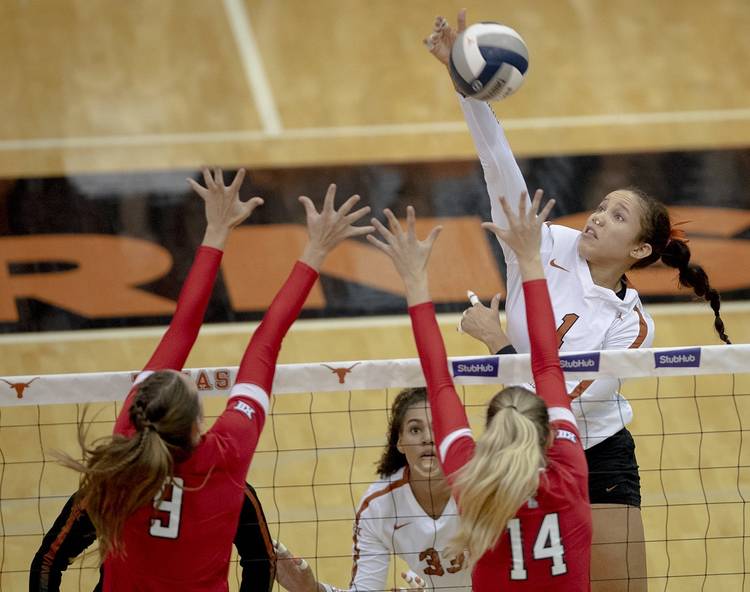 The Texas volleyball team completed yet another sweep as it defeated Texas Tech 25-20, 25-21, 25-21 in Lubbock on Wednesday.

Micaya White led Texas with 14 kills to go with two blocks and 4 digs.

The Red Raiders actually led 15-14 in the first set before Texas used a 4-0 run to take control. Tech fought back, however, tying the game at 19. The Longhorns once again scored four straight points to take a 23-19 lead. An attack error by Caitlin Dugan handed the first set to Texas.

Texas Tech once again held a lead deep into the second set. With the Red Raiders ahead 18-17, the Longhorns started a 3-0 run. Tech again found a way to tie the game at 20 before Texas pulled away. A kill by White gave Texas a 2-0 set lead.

The Longhorns jumped out to a 6-0 lead in the final set. Texas Tech hung around, however, getting as close as two points when Texas led 18-16. Texas scored three points in a row before attack errors by Tech finished off the match.