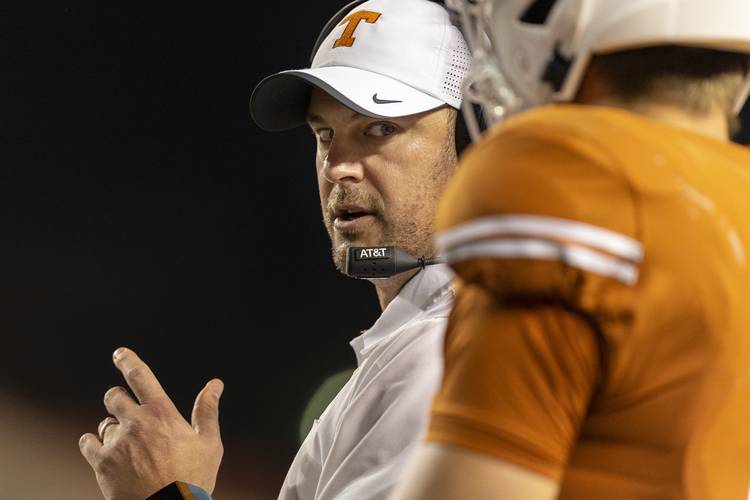 With the Texas Longhorns teetering on collapse, Kirk Bohls and Cedric Golden discuss Tom Herman’s bye week blue and what he is facing with his coaching staff, including embattled defensive coordinator Todd Orlando.
They also break down the NCAA’s landmark vote to allow athletes to profit off their images and likeness. And Statesman fantasy football league insider Cat Vasquez gives his take on the second half of the season and players who could step up.