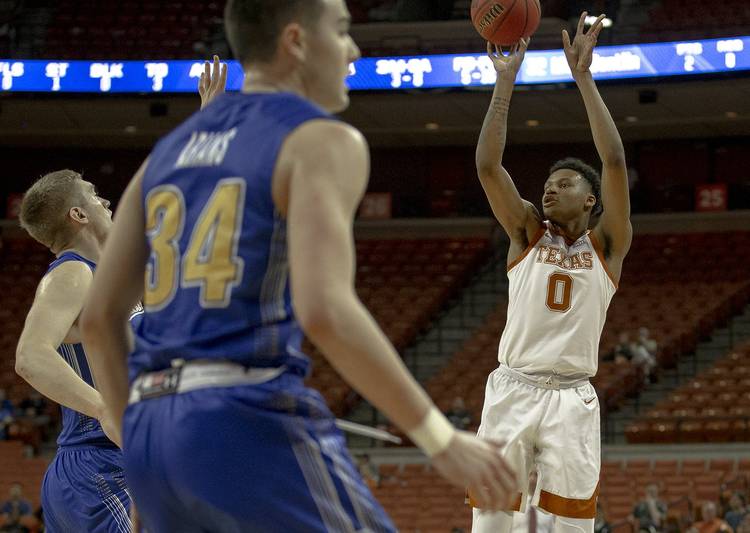 About the Longhorns: If sophomore Gerald Liddell (concussion) is not cleared to play, redshirt freshman Brock Cunningham may get the starting nod. Cunningham started both closed scrimmages in place of another injured starter, and coach Shaka Smart said, “He plays harder than anybody on our team.” Cunningham said last week he views his only role this season as “defense and rebounding.” Jericho Sims, Royce Hamm Jr. and Will Baker will comprise the three-headed attack at center. But Smart said freshman Kai Jones is likely the team’s best shot blocker at the moment. Texas has won 17 straight home openers and is 37-5 in home openers at the Erwin Center.

About the Bears: Northern Colorado went 21-11 last season and finished second in the Big Sky conference. It was the program’s second straight 20-win season. Jeff Linder was named the league’s coach of the year. Four starters are coming back, including sensational defensive guard Jonah Radebaugh. He’s been named the Big Sky defensive player of the year twice during his career. He also ranks eighth in school history with 155 made 3-pointers. Bodie Hume, who shot 37.7% from 3-point range last season, was the league’s freshman of the year. Northern Colorado is 3-12 all-time against Big 12 opponents. Those three wins came against Kansas State.