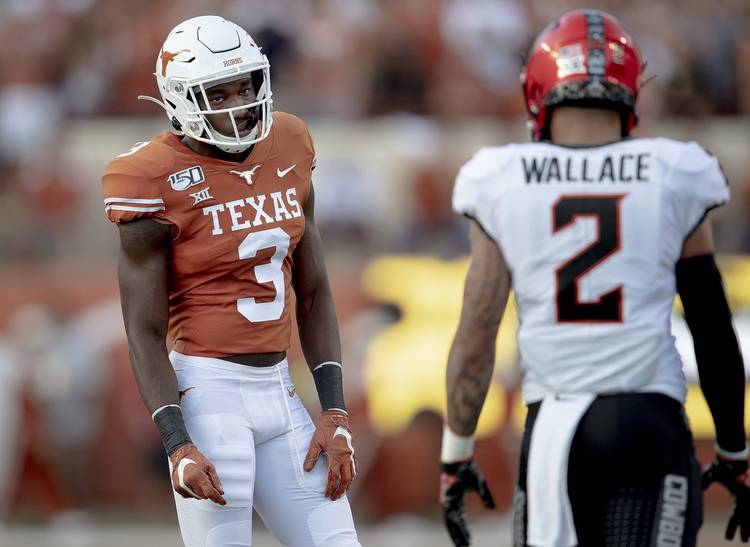 Green was ejected and will sit out the first half of this week’s game against Iowa State, per NCAA rules. Gill is not likely to play in Kansas State’s next game this week against West Virginia due to being in concussion protocol.

“First and foremost I want to apologize to Wykeen Gill and Kansas State for the hit and targeting penalty that I received during Saturday’s game,” Green said. “I did not try to hurt him, and I would never do that. It’s not how we’re coached or how I play.

“I have great respect for the game of football and my intent was to break up a screen play that had gotten us several times during the game,” the statement continued. “I realize how it may have looked, and I understand the penalty that was called. I wish it didn’t happen, and I do want everyone to know I was not trying to take a cheap shot.”

The play in question happened in the fourth quarter of UT’s 27-24. The action was unfolding on the other side of the field. Gill has his head turned, as if looking at the play or back for the ball. Green came in high, committing a targeting foul. He was ejected after officials looked at the replay.

Kansas State coach Chris Klieman told reporters Monday that he asked the officiating crew to look at the play since no flag was thrown initially.

“It’s unfortunate because it was away from the play, didn’t have anything to do with the play,” Klieman said. “Wykeen’s going to miss a game. You have a hit like that and someone only misses a half, I don’t think that’s very fair.”

Texas coach Tom Herman was not asked about nor did he address the play during his Monday press conference.