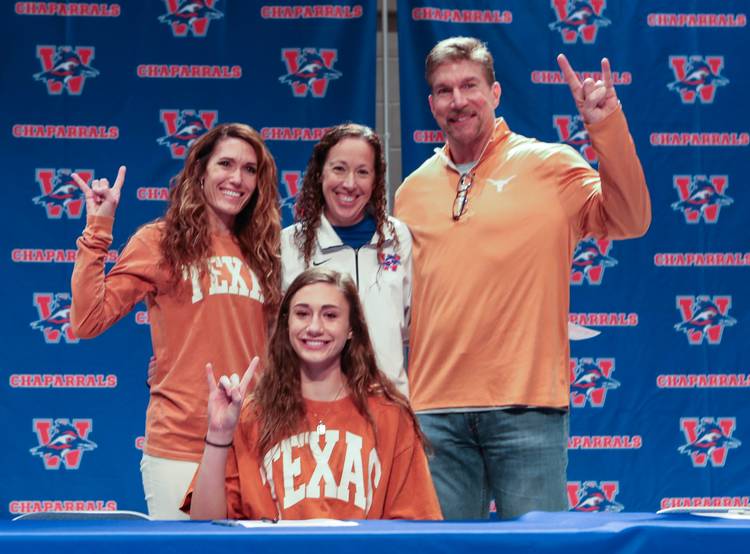 If a 5-on-5 tournament is held on the Texas campus in the near future, the Longhorns’ 2020 recruiting class has already got its line-up set.

Benzan joins the Longhorns after knocking down an Ivy League-record 287 three-pointers over three seasons at Harvard. Chevalier and Holle were listed 52nd and 97th, respectively, on ESPN’s ranking of the players in the 2020 recruiting class. The 6-3 Coleman overcame a knee injury in high school and has averaged 7.4 points and 7.0 rebounds over 95 games at Atascocita. An all-district honoree as a junior, Johnson is coming off a season in which she put up 14 points and eight rebounds per game.

Katie will join the Longhorns as a graduate transfer from Harvard next season. #AllForTexas pic.twitter.com/moUORgts9q