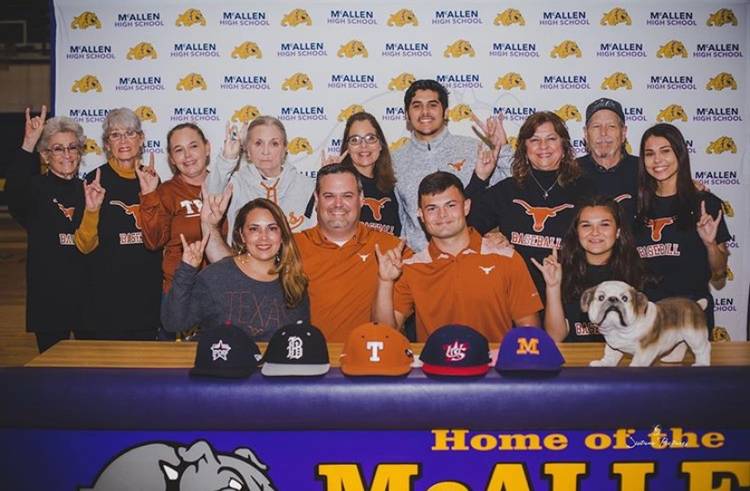 The first pitch of the 2020 baseball season won’t be thrown for another three months, but Texas recorded a big victory this week.

On Thursday afternoon, Texas announced the signing of 14 recruits. The 2020 recruiting class — the fourth signed by David Pierce at Texas — was also rated by Baseball America as the nation’s best. UT’s incoming haul of recruits features nine Texans, three California prospects, one player from Arizona and an Alabama-bred infielder.

Houston Strake Jesuit’s Dylan Campbell and Odessa Junior College’s Ivan Melendez were two of the four infielders signed by Texas. Mitchell Daly, a shortstop from Bob Jones High in Madison, Ala., and Carson Tucker, a shortstop from Mountain Pointe High in Phoenix, will also head to Austin.

California product Petey Halpin was the only outfielder signed by Texas.

“The class of 2020 will be one of the best classes in the country. Their baseball talent is outstanding, but their character and integrity sets them apart for me,” Pierce said in a statement.

Whether all 14 of these players end up on campus won’t be determined until this summer. This June, Bleacher Report listed both Kelley and Jones as first-round picks in a mock draft for the 2020 MLB mock draft. Texas only lost one signee to the MLB Draft in 2019.