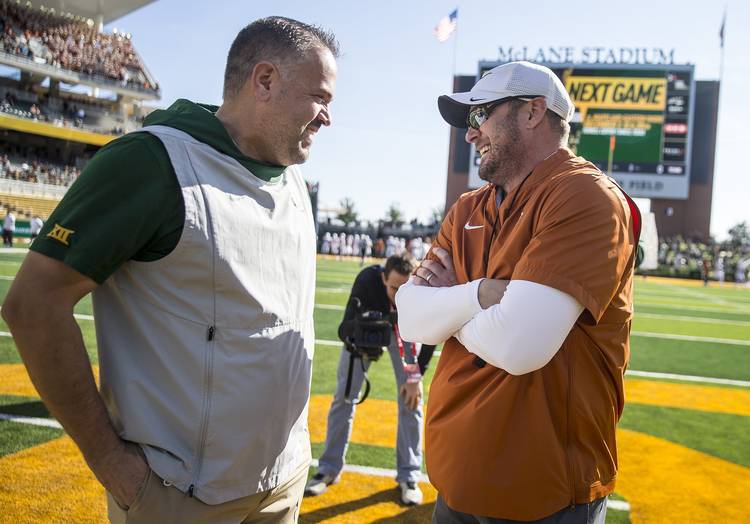 Ahead of Saturday’s game against Baylor, Texas coach Tom Herman found a new way to fire up his team.

During pregame warm-ups, cameras caught Herman head-butting team captain Malcolm Roach during a team huddle. Roach, a 290-pound defensive end, was wearing a helmet at the time. That did not stop Herman from bashing his head into Roach’s helmet three times.