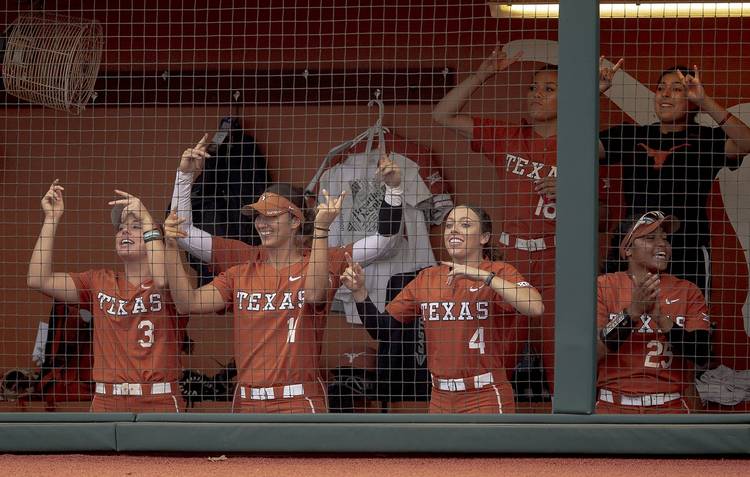 Texas infielder Janna Roberts (4) joins her teammates in a cheer during a postseason game against Texas A&M on May 18, 2019 in Austin. [NICK WAGNER/AMERICAN-STATESMAN]

Texas infielder Janna Roberts has hung up her cleats, a team spokesperson confirmed on Wednesday.

Roberts has decided to focus on her academics instead of athletics. A sophomore, Roberts is studying aerospace engineering at Texas.

As a freshman, Roberts came off the bench in 14 games during the 2019 season. The Pearland native scored six times and registered a steal. She drew three walks and a bunt single against Princeton was her only hit in four career at-bats.

Texas will open its 2020 season on Feb. 6 with a home games against Wichita State and Maryland.