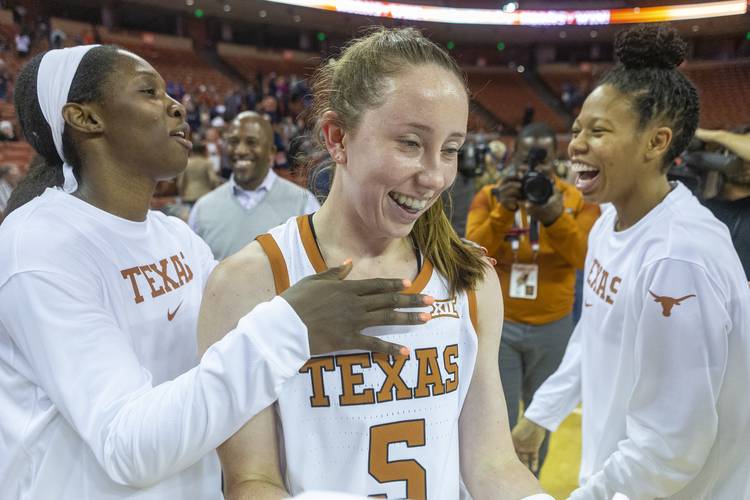 This holiday season, Texas graduate student Sophie Taylor has received the gift of a scholarship.

Taylor was surprised with the news at the team’s holiday party on Friday. After she was given a wrapped present by head coach Karen Aston during the team’s Secret Santa gift exchange, Taylor read aloud that she had been placed on scholarship. Taylor then celebrated with her teammates and shared the news with her parents, Greg and Terri.

Taylor, who attended Austin’s Westwood High, began this school year as a regular student in the McCombs School. However, a Texas program that was short on bodies recruited Taylor to walk onto the team in October. Taylor spent the past three seasons with Houston Baptist’s basketball team.

A 5-9 guard, Taylor has appeared in two games this season.

Texas (6-4) will host No. 1 Stanford this Sunday afternoon. The Longhorns have won their last two games, one of which was a 73-60 victory over Ohio on Wednesday.