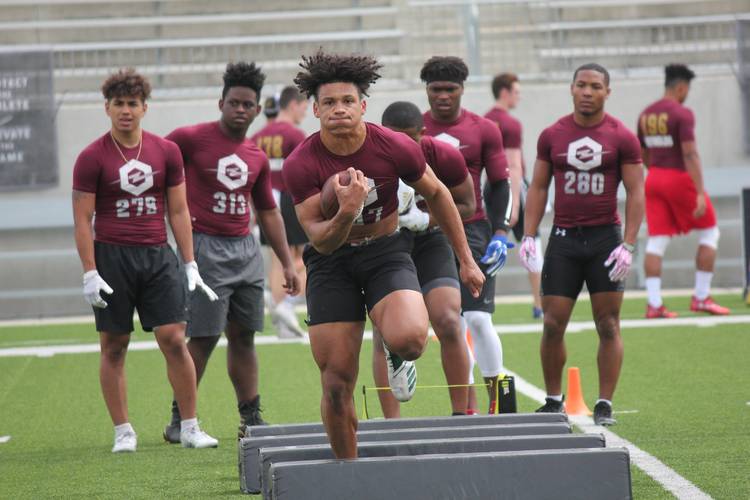 Oklahoma landed its second top-flight running back in the 2020 class on Thursday afternoon when Mesquite Poteet running back Seth McGowan picked the Sooners over 26 other offers. He joins five-star Jase McClellan to lead a class that already consists of five members of the 2020 Fabulous 55. McGowan is ranked No. 23 on the updated list.

McGowan is the 13th-ranked running back in the cycle, per 247Sports composite rankings. He rushed for 1,613 yards and 25 touchdowns as a junior. He was the District 15-5A Offensive Sophomore of the Year after rushing for 1,020 yards in 2017. Texas and Texas A&M were among the programs to offer McGowan. With his pledge, 21 of the 29 players currently committed on the Fab 55 are headed out of state.

‘Not skipping steps’: Three recruits to attend Texas after being selected in the MLB Draft