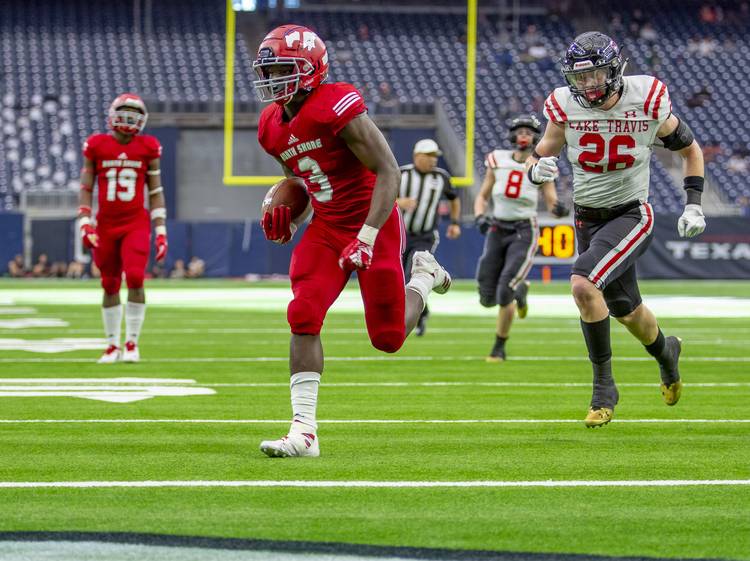 A source close to Galena Park North Shore running back Zachary Evans confirmed reports that the No. 1 player on the 2020 Fabulous 55 is in Austin to visit campus and the coaches. Texas is hosting its annual pool party for players and recruits this weekend. Evans is the top-rated player in the country, per 247Sports composite rankings. He left the Longhorns off of his top five, seemingly leaving Texas out of the running. Evans always said he’d wait until late in the process to pick a school, so expect this one to take many turns before national signing day.

Evans is a potential superstar with a rare blend of size, speed, and balance. The 5-11, 200-pound prospect runs a 4.4 40-yard dash and is already built like a college athlete. Alabama is currently considered the leader with his teammate Damieon George, a three-star offensive tackle, pledged to the Crimson Tide. Evans didn’t include a single in-state school in his top five.

Baker Mayfield on Sam Ehlinger: ‘Hope he knows I don’t like him’