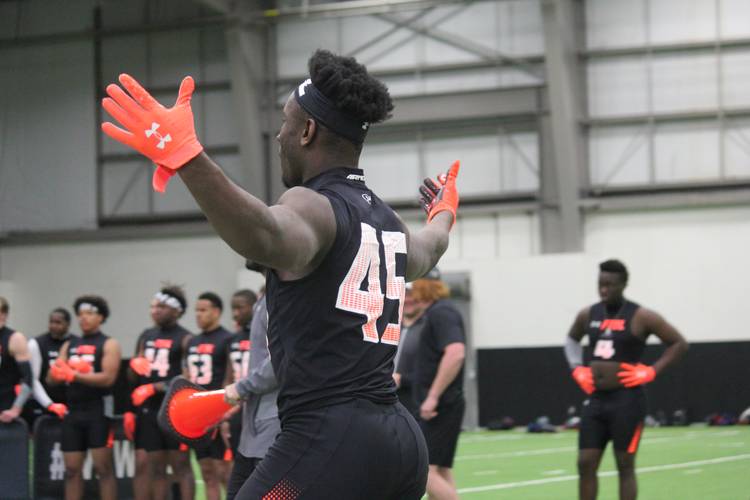 Highland Park defensive end Prince Dorbah is a top target for the Longhorns in the 2020 class. (Mike Craven).

Texas needed a jolt on the recruiting trail and it received just that on Tuesday when Highland Park four-star Prince Dorbah pledged to the Longhorns. The 6-2.5, 208-pound edge rusher plays defensive end at Highland Park. He’s expected to move to B-Backer as a Longhorn, tasked with attacking the passer off the edge and occasionally dropping into coverage. Joseph Ossai, a fellow prep defensive end, is expected to start at the position in 2019. Dorbah has recorded 30 sacks over the past two seasons and is No. 19 on the 2020 Fabulous 55.

Dorbah is Texas’ eighth commitment in the 2020 class, and just the second on the defensive side of the ball, joining John Tyler cornerback Kitan Crawford. Dorbah is yet another Dallas-Fort Worth prospect planning to sign with Texas. The Longhorns struggled in DFW during Tom Herman’s first two full cycles as head coach at Texas. Dorbah joins fellow DFW prospects Ja’Quinden Jackson, Jake Majors, and Jaden Hullaby in Texas’ 2020 class. Dorbah is the seventh-best outside linebacker in the 2020 cycle, per 247Sports composite rankings.