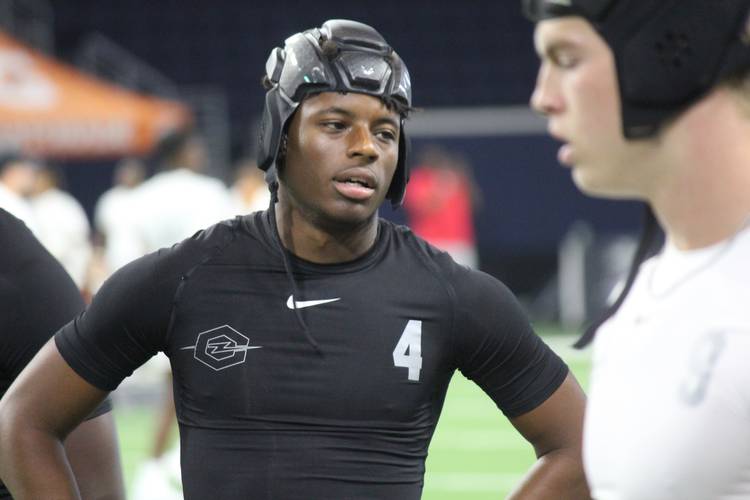 Texas’ 2020 recruiting class remains at eight members as of Monday afternoon following the commitment of four-star cornerback Jahari Rogers to Florida. The Arlington High School product took an official visit to Texas at the end of June. He was a long-time target for Texas at cornerback. Rogers plays quarterback in high school, but knows a move to cornerback is in his future. He’s ranked No. 32 on the 2020 Fabulous 55.

Texas’ lone commitment at cornerback in the 2020 class remains John Tyler athlete Kitan Crawford. The Longhorns remain in the mix for five-star Kelee Ringo and in-state star Joshua Eaton. Another option is Florida’s Ethan Pouncey, whose brother Jordan currently plays wide receiver at Texas. The Longhorns would like to sign at least two cornerbacks in the cycle.

Should the Horns Down taunt be an unsportsmanlike penalty? Big 12 official: ‘It depends’