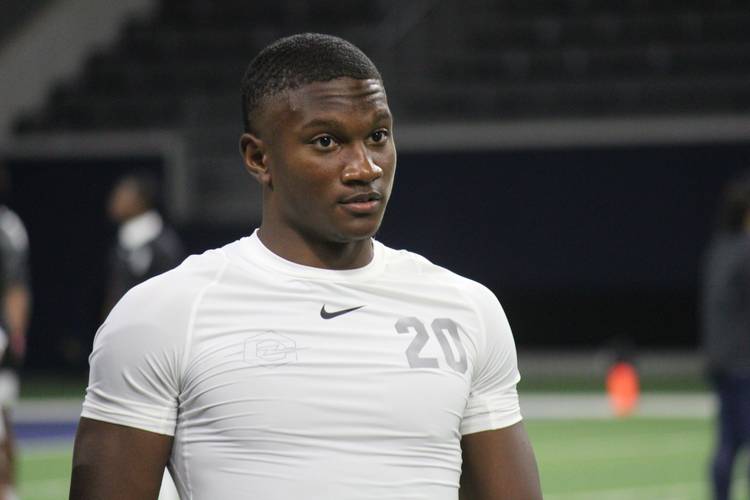 Duncanville safety Chris Thompson Jr. at The Opening Finals in Frisco on July 1.

The first bad news in over a month for Texas on the recruiting trail came Sunday afternoon when four-star safety Chris Thompson Jr. picked Auburn over the Longhorns. Texas spent over two years recruiting Thompson, who is a Duncanville teammate of Texas quarterback commit Ja’Quinden Jackson. Thompson arrived on the high school scene in 2017 when he earned the District 7-6A Defensive Sophomore of the Year. Texas’ 2020 recruiting class remains at 12 members and ranks 16th in the nation.

Thompson ranked 12th on the 2020 Fabulous 55. The Longhorns remain without a commitment at the safety position in the 2020 cycle. The top targets left on the board are in-state four-stars Jerrin Thompson and Xavior Alford. Texas lost out to Ohio State for Latham Ransom, but the recent commitment of five-star running back Bijan Robinson, Ransom’s teammate at Salpointe Catholic (Ariz.), may help Tom Herman and his staff get back in the mix.

Ahead of his senior season, Longhorn lineman Malcolm Roach tackles a problem in his community