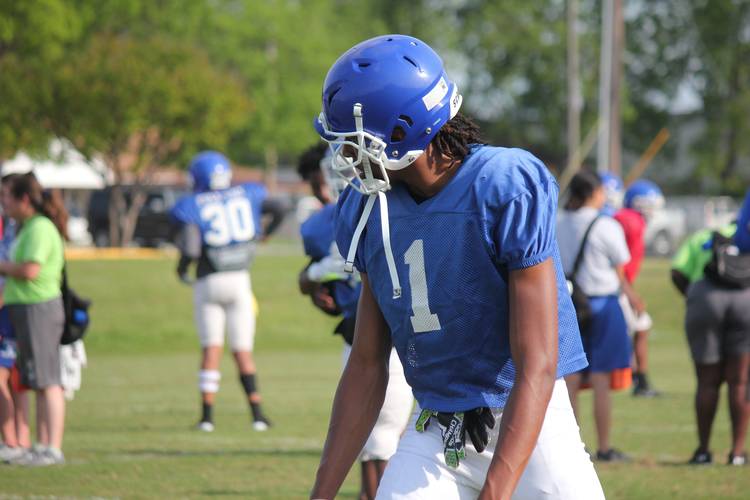 The Longhorns were in desperate need of a talented wide receiver in the 2020 class and it came on Saturday morning when four-star Quentin Johnston of Temple High School pledged to Texas. Johnston is a 6-4, 180-pound athletic freak who also dominates on the basketball court and in track at Temple. He’s a former teammate of current Texas tight end Jared Wiley. Johnston was a first-team all-district selection as a junior. He’s the 13th-ranked wide receiver in the nation and No. 12 on the 2020 Fabulous 55.

Johnston is the first true wide receiver to commit to Texas in the 2020 class. The Longhorns lost in-state stars Demond Demas and Troy Omeire to Texas A&M earlier in the cycle. Johnston was the top remaining wide receiver in Texas. Don’t be surprised if the Longhorns go out of state for a couple of other wide receivers to fill out the class. The top candidates at the moment are LV Bunkley-Shelton (Calif.) and Javian Hester (Okla.).

‘A true Longhorn Legend’: Texas reacts to the death of Cedric Benson