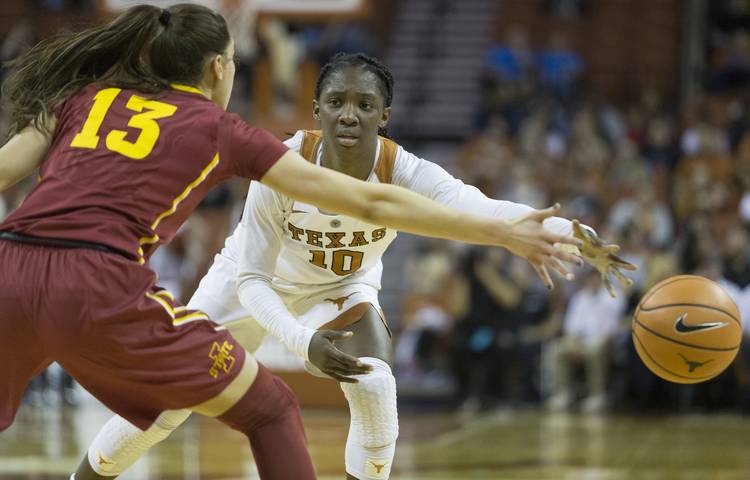 About the series: Iowa State leads 20-18

About the Longhorns: Due to this past Friday’s 65-63 loss to TCU, Texas will likely drop out of the Associated Press’ rankings on Monday morning. … Holmes and Collier have both notched nine double-doubles this season. Those totals rank fourth nationally and no team has recorded more double-doubles than Texas’ 19. … Lashann Higgs has come off the bench in each of Texas’ last five games and is averaging 11.4 points. … This is the 1,500th game in UT’s history. Texas boasts an overall record of 1,096-403.

About the Cyclones: On Friday, Iowa State beat Texas Tech 96-66 and handed the Lady Raiders their first loss of the season. Iowa State knocked down 16 three-pointers in the rout. … A two-time Big 12 player of the week and the conference’s leading scorer, Joens’ 98 made free throws are tied for tops in the NCAA. …  Scott represented the Cyclones on the Big 12’s preseason honor roll. … Iowa State is 6-2 at home this winter but the Cyclones last beat Texas in Ames in 2015.