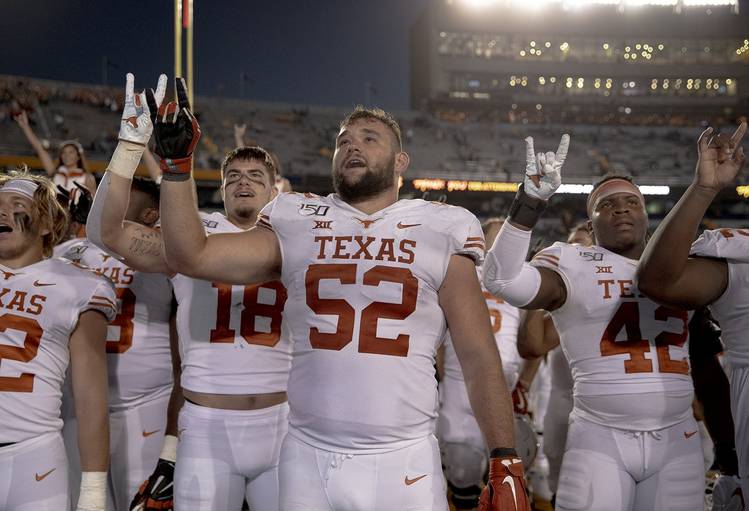 When Texas opens its 2020 football season, Samuel Cosmi will still be on the Longhorns’ offensive line.

It is unclear what grade Cosmi received from the draft advisory committee. Had Cosmi entered the draft, he would have been looking to join Connor Williams as the only Longhorn linemen selected since 2008.

Over the past two seasons, Cosmi has started 26 times. He moved from right to left tackle this past fall and his sophomore-year highlight film included a touchdown run at West Virginia. The 6-7, 300-pound Cosmi was an honorable mention in 2019 for the Big 12’s offensive lineman of the year award.

In 2020, Cosmi will presumably anchor an offensive line that is set to return the versatile Derek Kerstetter and right guard Junior Angilau. The Longhorns do need to replace longtime starting center Zach Shackelford. Additionally, left guard Parker Braun was a graduate transfer this past season.