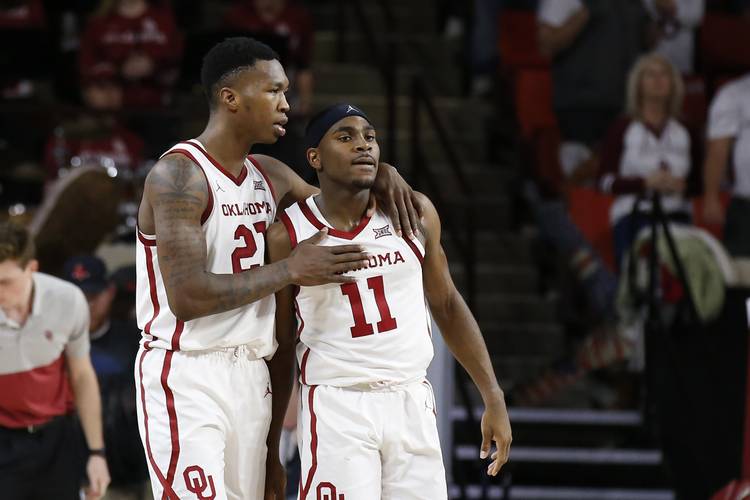 About the series: Oklahoma leads the all-time series 55-40. The Longhorns hold a 5-3 edge over their rival in coach Shaka Smart’s four previous seasons. That includes four straight wins at home.

About the Longhorns: As he promised, coach Shaka Smart spent an hour on rebounding drills during Monday’s practice after Saturday’s frustrating loss at Baylor. “It’s something that’s going to continue to be a huge emphasis,” Smart said. Typically at this point in the season, the coaches are done experimenting with the lineup. But Smart said the Horns don’t have 6-8 players that have shown consistency. So Kamaka Hepa may get another chance in the starting lineup, but Smart admitted the sophomore must take open shots. Smart may try freshmen Donovan Williams or Kai Jones in the lineup against OU to see what they bring. “With that being our present reality, there has to be times where you take a look at other guys.”

About the Sooners: Smart was reminiscing about Kristian Doolittle’s first game in Austin on Jan. 23, 2017. The wide-eyed freshman just went wild on the Horns, getting a season-high 29 points and 10 rebounds. That scoring total has stood as Doolittle’s career high. Now a senior, Doolittle is averaging career highs in scoring and rebounding while hitting 46.7% of his shots. Wichita State transfer Austin Reaves is the one to watch, though. He scored 18 of his final 21 points in the last 11 minutes of OU’s Big 12-opening win over Kansas State. Doolittle kept OU in it, and Reaves carried the Sooners to the finish line. The key stat hidden in the box score was that outside of Reaves’ 3-point shooting, OU was 1-for-15 from long range.