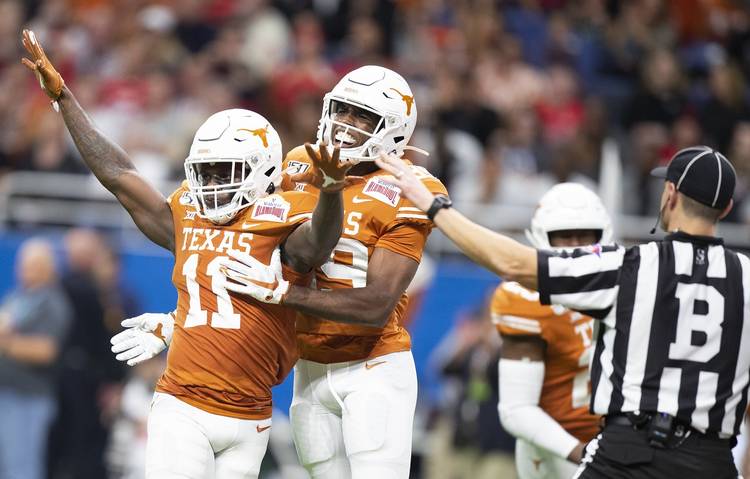 Texas defensive backs Chris Adimora (11) and Montrell Estell (39) celebrate a stop against Utah at the Alamodome in San Antonio on Dec. 31, 2019. [RICARDO B. BRAZZIELL/AMERICAN-STATESMAN]

After experiencing a series of highs and lows this fall, Texas will enter the offseason on a positive note.

Texas has been ranked 25th in the Associated Press’ final poll for the 2019 football season. LSU topped the rankings after winning the national championship on Monday night.

The AP’s last two season-ending polls have included Texas. The Longhorns closed out the 2018 season as the nation’s ninth-best team. From 2013-17, Texas went 31-32 and was omitted from all five of the AP’s final polls.

Texas won eight of its 13 games this season. Seeded 10th in the AP’s preseason poll, the Longhorns remained ranked for much of the year. But following a 23-21 loss to Iowa State on Nov. 16, Texas was booted from the rankings by the AP voters. UT ended its campaign with a 38-10 rout of No. 12 Utah in the Alamo Bowl.