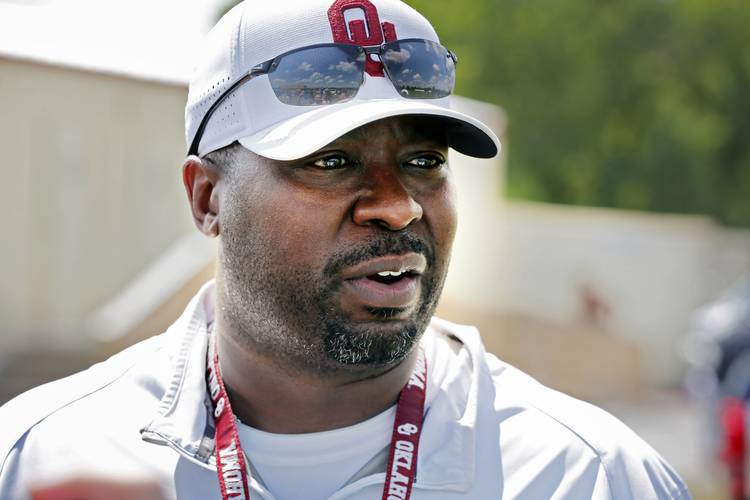 Texas coach Tom Herman is turning to another Longhorn for his coaching staff.

The offensive lineman from Irving Nimitz signed with UT in 1991 and played as a reserve the following year. Boulware was forced to medically retire from football in 1993 after being diagnosed with a cardiac arrhythmia.

Thus, Boulware began his coaching career and became a graduate assistant for the Horns in 1996 when the school won the first Big 12 championship.

Boulware has spent the last seven years as the special teams coordinator at Oklahoma. The last five seasons, he was also the running backs coach. During Boulware’s time at OU, the Sooners’ special teams produced 10 touchdowns, a safety and three returned PATs.

“Jay is a proven, accomplished coach and special teams coordinator who as a former Longhorn and Texas native, has deep roots in our state,” Herman said in a statement.

“We all were really impressed in our visits with him, know he’ll do a great job building relationships and developing our players, and we’re extremely excited to be bringing him back home to Texas.”

Boulware said he’s continued to watch Texas from afar over the years. “I’ve always had it in my mind that I would like to come back someday and help Texas win a national championship,” he said in a statement.

“I love everything about The University of Texas,” Boulware said, “and I’m looking forward to working closely with Coach Herman, with our special teams, and obviously coaching our tight ends to put together a product on the field that’s the best in the country.”

By hiring Boulware, Herman is down to one vacancy on his coaching staff, which is widely thought to be a defensive line coach.