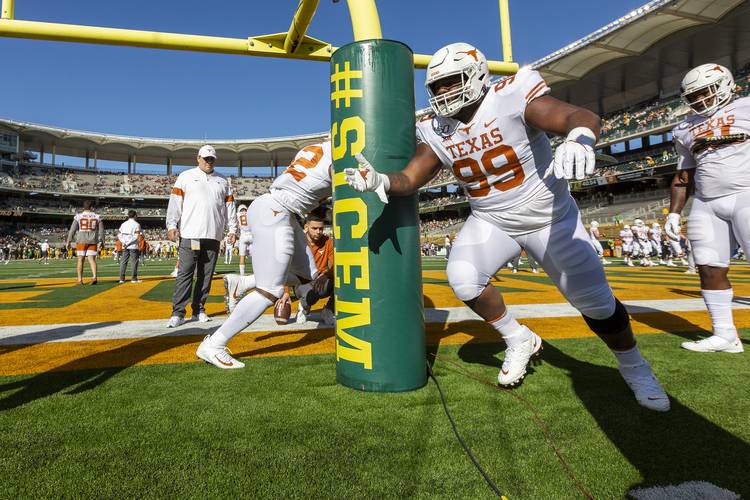 Texas coach Tom Herman will complete his staff in the coming days by announcing the hiring of Mark Hagen to be the Longhorns’ defensive line coach, a source familiar with the hiring said.

Herman has wanted to shift back to having two defensive line coaches, one for tackles and one for the ends, as Texas goes back to using four-man defensive fronts next season.

Hagen, an Indiana graduate, was at Texas A&M from 2013-15 and went back to Bloomington, Ind., for the 2016 season. He’s been with the Hoosiers the last four seasons and was promoted to co-defensive coordinator in August 2018.

By hiring Hagen, Herman will have his full assembly of assistants, and the coaching staff will complete its offseason transformation.

The Longhorns will have new offensive and defensive coordinators for the 2020 season. The only coaches who remain from the 2019 staff are Giles, Stan Drayton (running backs) and Herb Hand (offensive line).