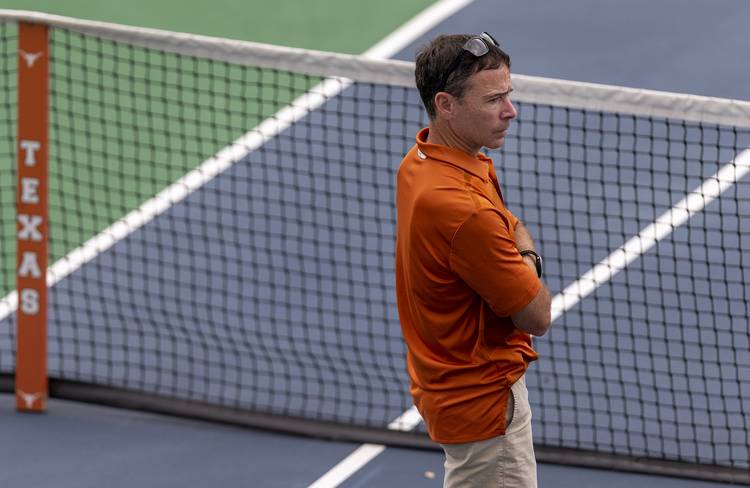 The Professional Tennis Registry has selected Longhorns head coach Bruce Berque as their Jim Verdieck college coach of the year, it was announced Wednesday.

“I’d like to thank the PTR for this honor,” Berque said. “This award has special meaning to me because I got my start in teaching, and that background has been very valuable to me in my coaching career. I want to thank all of the coaches I’ve worked with, and all of the players I’ve coached who have taught me so much more than I could have ever taught them, especially last year’s NCAA championship team that made this possible.”

Berque took over for Michael Center last season after the former head coach was fired as a result of his role in a college admissions scandal.

The Longhorns won their first national championship months later with Berque at the helm. They defeated Wake Forest 4-1 in Orlando in May of last year.