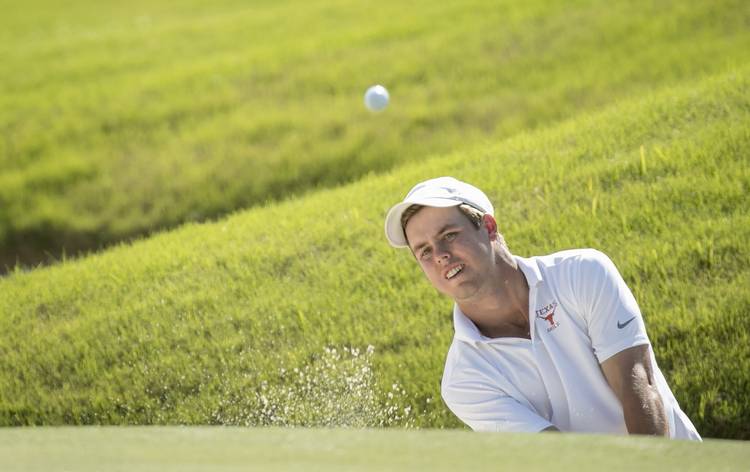 Pierceson Coody of UT plays a shot from a bunker on the eighth hole at the NCAA Austin Regional golf tournament at the University of Texas Golf Club on Tuesday May 14, 2019. [JAY JANNER/AMERICAN-STATESMAN]

The No. 25 Texas men’s golf team shot 827 overall to finish in second place at the Amer Ari Invitational in Waikoloa, Hawaii on Saturday.

The Longhorns finished 37 under par with a final round score of 279. They shot 274 in each of the first and second rounds.

Pierceson Coody had the best finish for Texas after shooting 67 in the final round. He shot 205 overall to finish fifth.

Travis Vick tied for 10th place after shooting 70 in the final round for a total of 207.

Parker Coody and Christoffer Bring each shot 211 overall to tie for 28th.

Cole Hammer struggled for the second consecutive round, shooting 76 to finish tied for 56th. He opened competition with a 65 before shooting 75 in his second round.

Spencer Soosman competed as an individual and finished tied for 33rd.

William Mouw of Pepperdine tied for medalist honors with Mason Andersen of Arizona State. They finished with a total of 203.