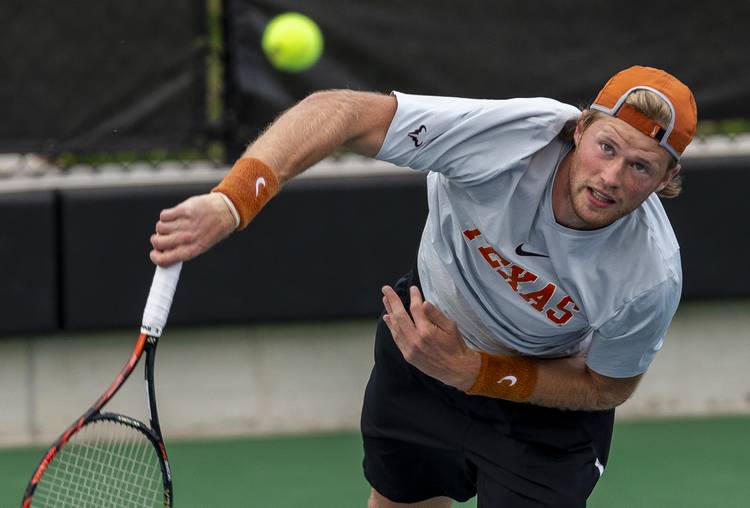 The No. 4 Texas men’s tennis team battled the No. 18 Georgia Bulldogs to win 4-3 at the Texas Tennis Center on Saturday.

Texas won the doubles point and three singles contest to secure the win.

Despite Yuya Ito falling for the first time after winning 18 straight singles matches, it didn‘t cost the Longhorns the dual-match victory. Ito, ranked No. 2, fell 7-6 (1), 6-4 to No. 28 Trent Bryde.

Chih Chi Huang and Cleeve Harper clinched the doubles point with a 6-4 win over Erik Grevelius and Robert Loeb. Ito and Sigsgaard got the other doubles win over Bryde and Tyler Zink, also by a 6-4 score.

Georgia pulled within a point when Huang fell to Blake Croyder 7-5, 6-3.

The final Georgia win came after the Longhorns clinched.