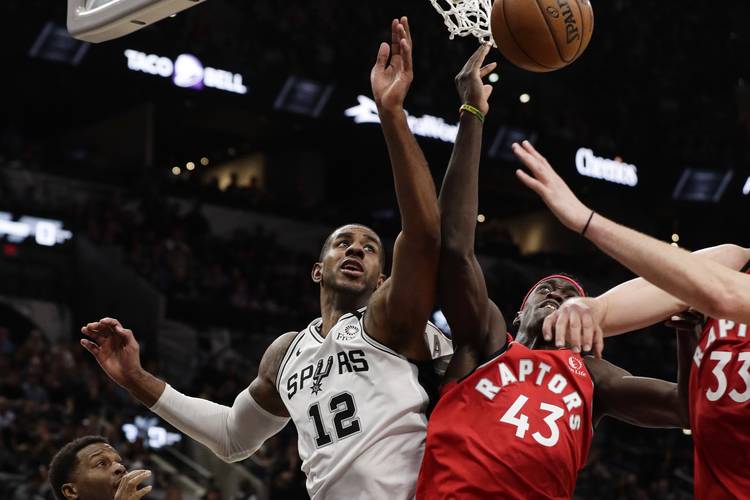 Advertisement
Basketball season is in full swing and what better way to watch an NBA game then to cheer on both the Texas Longhorns and the San Antonio Spurs.
Since 2017, the San Antonio Spurs and FOX Sports Southwest have hosted College Spirit Nights, a night showcasing seven major Texas universities including Texas State, The University of Texas at San Antonio, and Texas A&M.
UT Austin will be recognized as part of the fourth annual Spurs College Spirit Nights on Wednesday, Feb. 26 as the Spurs play against the Dallas Mavericks.
According to the team‘s Facebook event, the night will also include a giveaway celebrating Spurs power forward, LaMarcus Aldridge, who also played for the Longhorns for two seasons. Details about the giveaway have yet to be announced.
RELATED: A lookback at LaMarcus Aldridge‘s time playing for the Texas Longhorns
The first 300 UT Austin students, alumni and administrators to purchase the school‘s ticket package will receive a UT and Spurs co-branded shirt.
Tickets are on sale now for San Antonio Spurs and Longhorn fans to attend the special night.