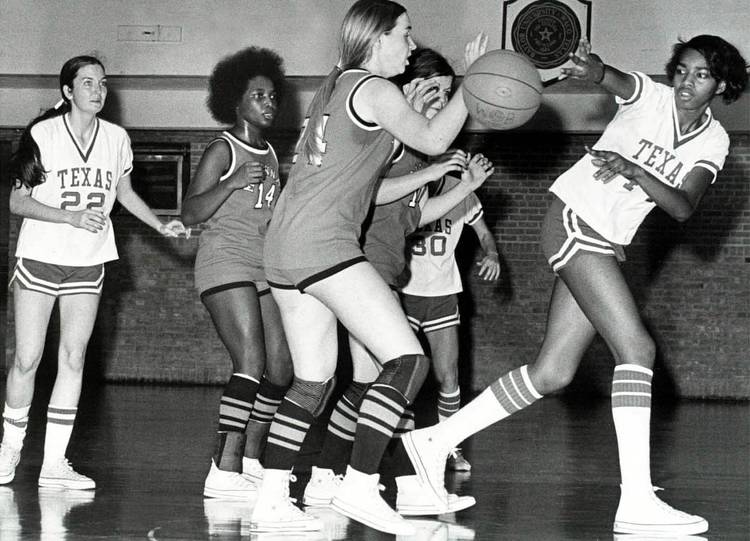 Retha Swindell (right), a 6-2 post, was the first black woman to play any sport at Texas. (University of Texas)

Throughout Black History Month, the American-Statesman will take a daily look at the black athletes who have had a lasting impact in Texas’ athletic department. Today, we are writing about basketball player Retha Swindell.

A 6-2 post from Center, Swindell was the first black woman to play any sport at Texas. Swindell became one of the first All-Americans for the upstart women’s basketball team at UT. She is still Texas’ all-time leading rebounder (1,759). In 2001, Swindell joined the second class of inductees into the Texas Women’s Hall of Honor.

Texas will honor Swindell and former coach Rodney Page as two of its “History Makers” at the women’s basketball game against Iowa State on Wednesday. Swindell, though, has previously attempted to downplay her chapter in UT’s history books. Two years ago, Swindell told the American-Statesman that “I just did what I needed to do to get a degree and get a job.”

An academic scholarship attracted Swindell to Texas and she eventually went into education. She worked as both a coach and teacher in Baytown before retiring in 2017.