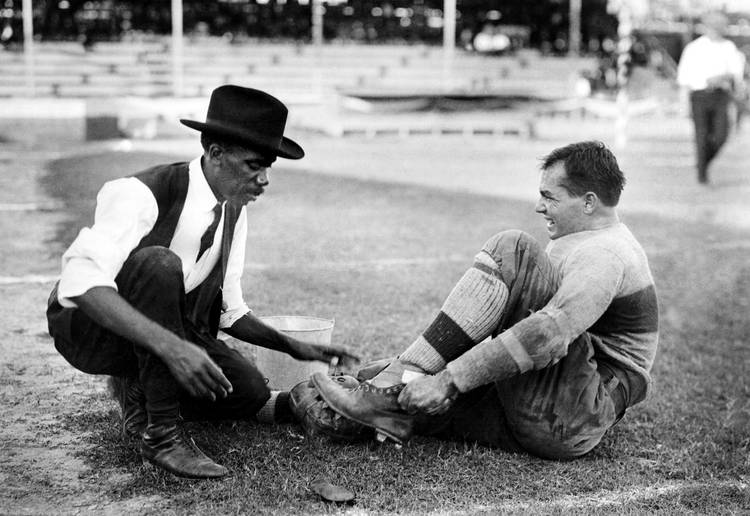 Throughout Black History Month, the American-Statesman will take a daily look at the black individuals who have had a lasting impact in Texas’ athletic department. Today, we are writing about team trainer Henry Reeves.

A black athlete did not integrate UT’s athletic department until 1964, but Reeves was nonetheless a notable figure at the beginning of that century. The son of freed slaves, Reeves worked several jobs for Texas’ football program for nearly two decades.

Initially a janitor at the university’s gymnasium, Reeves landed a job with the football team in 1898. The American-Statesman reported in 2000 that he originally served as a water carrier. He eventually became a masseuse and team trainer for multiple sports.

Due to Jim Crow segregation, Reeves was often not allowed to travel, eat and stay at hotels with the team. Still, he was reportedly a beloved figured at Texas. According to UT’s Division of Diversity and Community Engagement, a campus publication once referred to Reeves as “the most famous character connected with football at University of Texas…He likes the game of football, and loves the boys that play it.”

Reeves suffered a stroke ahead of a 1915 game between Texas and Texas A&M. Following the stroke, students raised money to help with the medical costs. After later suffering a second stroke, Reeves died in February of 1916. He was inducted into the hall of honor at Texas in 2000.