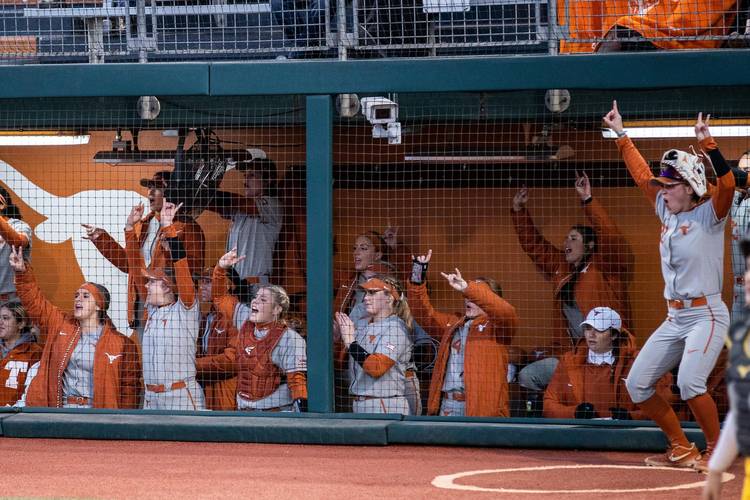 The Texas softball team had a walk-off win and a run-rule victory at the Puerto Vallarta College Challenge in Mexico on Friday.

The Longhorns trailed by a pair of runs heading into the bottom of the final inning before two homers and a walk-off double kept them undefeated with a 3-2 win over Utah. In their second game, the Longhorns beat Tennessee 11-0 in five innings.

Colleen Sullivan doubled to right center field to bring Janae Jefferson home for the winning run in the first game.

The win made the No. 6 Longhorns 8-0 and handed Utah its first loss of the season.

The Utes took the lead in the fourth inning on a fielder’s choice before a ground out made it 2-0 in the fifth.

Kaitlyn Slack gave the Longhorns life with a solo home run to start the seventh inning.

Reagan Hathaway then tied the game in the next at-bat with a home run of her own.

After Jefferson singled to get on base, she was bunted over to second by Shannon Rhodes, setting up Sullivan’s winning RBI double.

Texas dominated from the jump against Tennessee, scoring eight runs in the opening inning.

Mary Iakopo and Kaitlyn Washington each went 2 for 2 with a run scored. Iakopo hit a double and drove in two runs.

Nine Longhorns scored at least a run to help Texas improve to 9-0. Tennessee fell to 5-2.