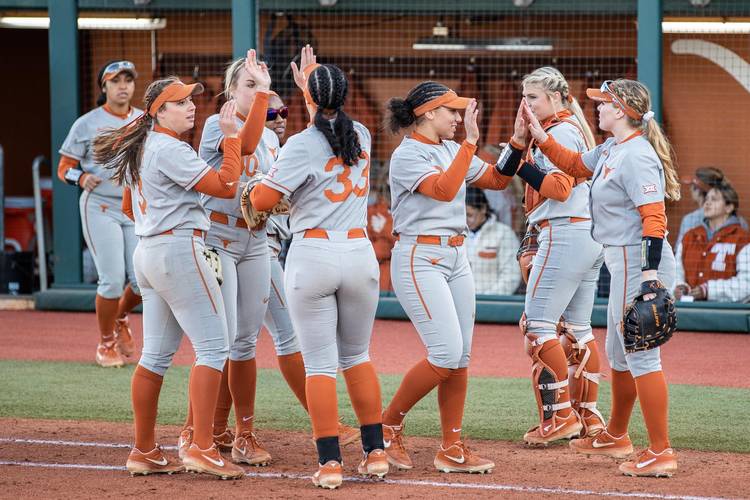 The Texas softball team played twice on Saturday, but only their 4-1 win against Mississippi counted at the Puerto Vallarta College Challenge in Mexico on Saturday.

The Longhorns took on the Mexican Olympic team in an exhibition before the late game.

Miranda Elish didn’t allow a hit until the fourth inning against Mississippi as she improved to 4-0. She allowed just one run on three hits and struck out seven in seven innings.

Mary Iakopo went 2 for 3 with a run scored and two RBIs. Kaitlyn Slack also had two hits, going 2 for 2, with an RBI.

Colleen Sullivan scored twice and hit a double for Texas.

Iakopo also had a two-run single in the third inning that made it 4-0.

Earlier in the evening, the Longhorns tested themselves against the Mexican Olympic team in an exhibition.

Mexico came away victorious on a walk off sac fly, but it took international tiebreak rules to settle it.

Mexico took a 3-0 lead early, but Texas fought back. McKenzie Parker hit a three-run homer to tie the game in the fourth inning.

After Mexico regained the lead in the bottom of the inning, Texas tied it once again in the top of the seventh on an RBI single by Washington.