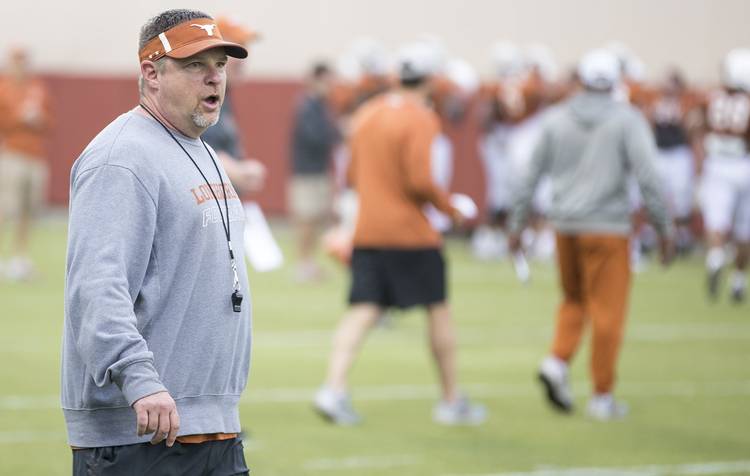 Texas assistant Corby Meekins coaches during a spring practice at the Denius Fields in Austin on March 25, 2019. [RICARDO B. BRAZZIELL/AMERICAN-STATESMAN]

Former Texas assistant Corby Meekins will return to Houston to coach the Cougars’ tight ends, the school announced on Monday.

A longtime high school coach, Meekins tutored tight ends and fullbacks for Tom Herman at Houston from 2015-16. Meekins followed Herman to Texas and worked with the Longhorns’ tight ends in 2017. The past two seasons, Meekins coached receivers alongside Drew Mehringer.

This past November, Meekins was removed from his on-field role as Herman shook up his coaching staff. It was announced at that time that Meekins would remain at Texas in an administrative role. All six of the assistants who recently lost their jobs at Texas have found a new coaching gig:

Additionally, former UT tight ends coach Derek Warehime left the Longhorns to become New Mexico’s offensive coordinator. While talking about his former assistants last week, Herman said that “I’m really proud that all those guys have landed in some really good spots. they know how to coach. They did an excellent job for us while they were here.”