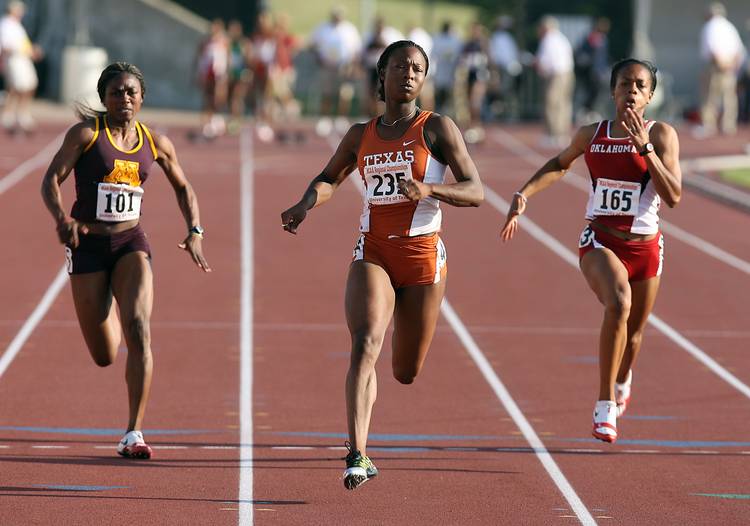 Marshevet Hooker of Texas beats Minnesota's Kadian Douglas and Oklahoma's Yolanda Goff to the finish line during a 100-meter heat at a track and field meet in Austin on May 26, 2006. (Larry Kolvoord/AMERICAN-STATESMAN)

Throughout Black History Month, the American-Statesman will take a daily look at the black athletes who have had a lasting impact in Texas’ athletic department. Today, we are writing about track and field standout Marshevet Hooker.

With Hooker on the roster, Texas won the NCAA’s outdoor championship in 2005. The Longhorns were the NCAA’s best indoor program during the 2006 season. The Longhorns have not won a title during either season since Hooker’s departure.

Hooker ran for the United States at the 2008 Olympics and finished fifth in the 200-meter dash. Still UT’s record-holder in both the indoor and outdoor long jump, Hooker was inducted into the Texas Hall of Honor in 2019. Hooker’s sister, Destinee, was enshrined among the all-time greats at Texas in 2015.