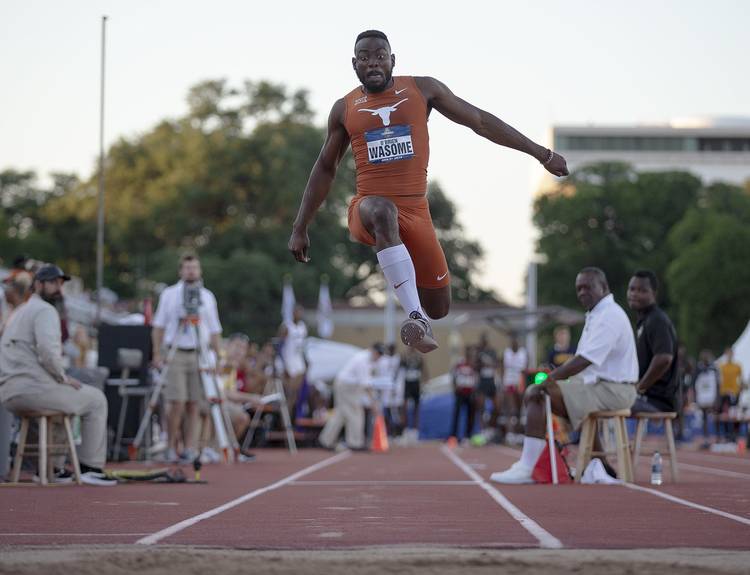 The Texas track and field team boasted an individual title, a relay championship and 22 qualifying results at the first day of the Big 12 Indoor Championships in Ames, Iowa, on Friday.

The Texas women are in third place after the first day while the men sit in fourth.

O’Brien Wasome took the men’s title in the long jump. The senior sat in third place entering the final round and hit a personal record to take his first Big 12 indoor title in the event. His mark of 26 feet, 3 inches is the best in college this season. Along with Marquise Goodwin and Steffin McCarter, Wasome is one of three Longhorns to clear eight meters indoors.

Leo Neugebauer scored 3,361 points on the way to leading the men’s heptathlon through four events. He won the long jump and shot put after posting a personal best in the 60 meters.