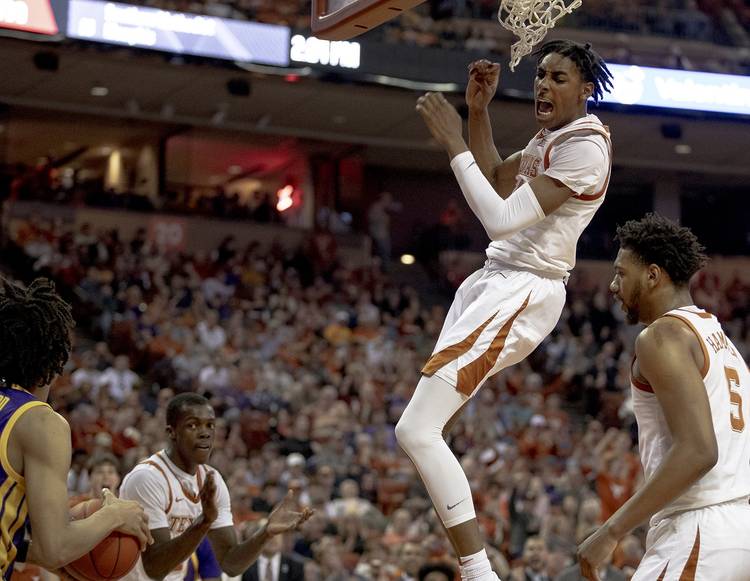 About the series: Texas leads the all-time series 52-44. The Longhorns led from start to finish in Stillwater on Jan. 15, capturing a 76-64 victory. Five players finished in double figures, and Jase Febres (knee) is the only one of that group who isn’t playing now.

About the Longhorns: Injured forward Donovan Williams will likely to need some kind of surgery to clean up his left knee injury and is likely out the rest of the season. Williams was seen hobbling through Cooley Pavilion on Friday with his entire left leg in a brace, making it impossible to bend at the knee. Williams had been playing through pain in February but finally sat down at halftime against Texas Tech last Saturday. The 6-foot-6 freshman averaged 3.3 points in 26 games this season. Without him, Texas is down to eight scholarship players. Walk-on guard Drayton Whiteside is another player at Smart’s disposal. The Horns can also activate members of the practice squad in a worst-case scenario just to have enough players.

About the Cowboys: Just like the Horns, the Cowboys are a team that’s figured things out in February. OSU was slumping along but beat Texas Tech, Oklahoma, Iowa State and Kansas State down the stretch. Boynton’s club is every bit as dangerous as Texas at the moment. McGriff had 14 points to help OSU win its fifth straight home game Wednesday. He’s averaging 15.5 points in the last 11 games. “We wanted to put him in a position where they would either have to foul him or allow him to shoot layups,” Boynton said. Oklahoma State is shooting for the No. 8 spot in the league standings. While that’s not ideal for any team, the Cowboys started 0-8 in league play. OSU did beat Texas A&M in the Big 12/SEC Challenge, as did Texas in another non-conference matchup.