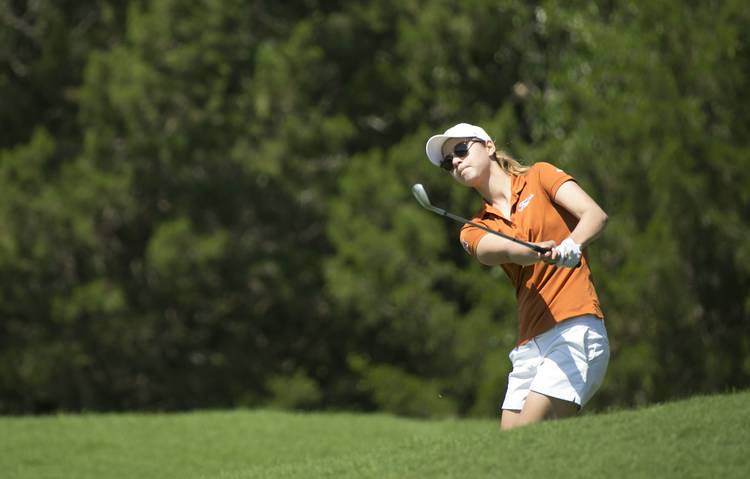 Agathe Laisne recorded her first career hole-in-one as she shot a 1-under-par 70 to lead Texas to a tie for third after the first day of the Darius Rucker Intercollegiate in Hilton Head, S.C.

Texas shot 294 and is seven strokes behind Wake Forest. UCLA is second, and Auburn and Baylor are tied with Texas.

Laisne sits in second place, and Hailee Cooper and Kaitlyn Papp are tied for 15th. Cooper and Papp each shot 73.

Emilee Hoffman shot 78, and Sophie Guo had a tough round, shooting 80. Hoffman is tied for 58th while Guo is tied for 72nd.

Also Friday, Guo and Papp earned spots on the Annika Award watch list. The award is given to the most outstanding women’s golfer and is voted on by players, coaches, media and sports information directors.

Papp is No. 4 in the Golfstat rankings while Guo sits at No. 5.