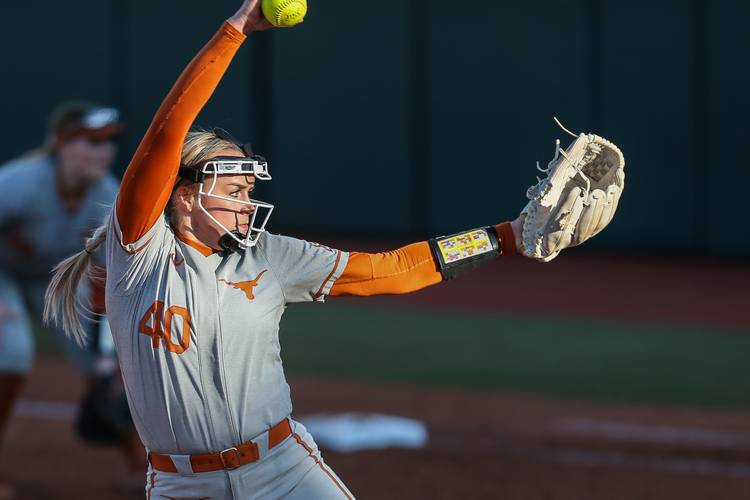 For the 11th time in school history, Texas has achieved perfection in the pitching circle.

Senior ace Miranda Elish did not allow a baserunner in No. 3 Texas’ 7-0 win over New Mexico at McCombs Field on Sunday. The perfect game was the second of Elish’s collegiate career. While pitching at Oregon in 2018, she was responsible for that school’s first-ever seven-inning perfect game.

On Sunday morning, Elish struck out 10 Lobos. In the seventh inning, she forced two groundouts before a game-ending pop-out in foul territory was caught by third baseman Shannon Rhodes. A two-time All-American, Elish is now 11-3 this season.

After the game, Elish applauded a sixth-inning snag by centerfielder Tuesday DerMargosian. Facing New Mexico second baseman Taylor Jones, Elish allowed a liner into the outfield but DerMargosian made a clean catch. Said Elish: “(Jones) capitalized on one of my mistakes. When I saw that (DerMargosian) was coming in on it, she got a good read on it and I knew she was going to have it all day.”

Elish’s milestone was accomplished one year after Shea O’Leary was perfect in a 2-0 win at Baylor. Texas’ first perfect game was tossed in 2002 by Cat Osterman, who is tied to seven of UT’s 10 blemish-less performances.

Ranked third in the NFCA poll, Texas improved to 24-3 with its uppercut of New Mexico (11-13). Texas will travel to a tournament hosted by No. 9 Alabama next week.