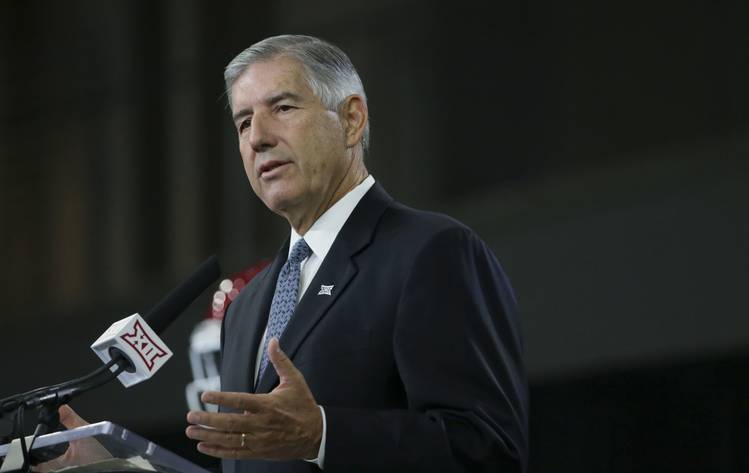 KANSAS CITY, Mo. — Big 12 commissioner Bob Bowlsby announced Wednesday that only a small number of fans would be allowed into the league’s men’s and women’s basketball tournaments this week in the wake of the COVID-19 outbreak.

So instead of inviting in thousands of fans from all over the Big 12, each team will get 125 tickets for each individual game. The schools themselves will determine who gets those tickets, although it’s expected they’ll go to family and close friends.

Bowlsby said the league considered barring fans from attending Wednesday’s two first-round games. But timing made that choice difficult and doors were opened at 4:30 p.m. Iowa State and Oklahoma State began at 6 p.m.

“Obviously we don’t do this lightly,” Bowlsby said. “We are blessed to have the best basketball tournament in all of college basketball and to have to take these steps is painful for everyone that’s involved, but these are unusual times. So, we have taken the steps that we, we think are appropriate.”

During the afternoon, Big 12 officials were monitoring the news during an athletic directors meeting and were weighing what to do.

“I’ll talk to you when I can, boys,” Bowlsby told reporters after he left the ballroom at the Marriott.

All of this was happening as arena ushers gathered on the concourse level and fans began congregating outside.

Just hours before, the Big Ten announced it was keeping the status quo and would allow fans.

Editor’s note: This is a breaking news story and will be updated as more information becomes available.