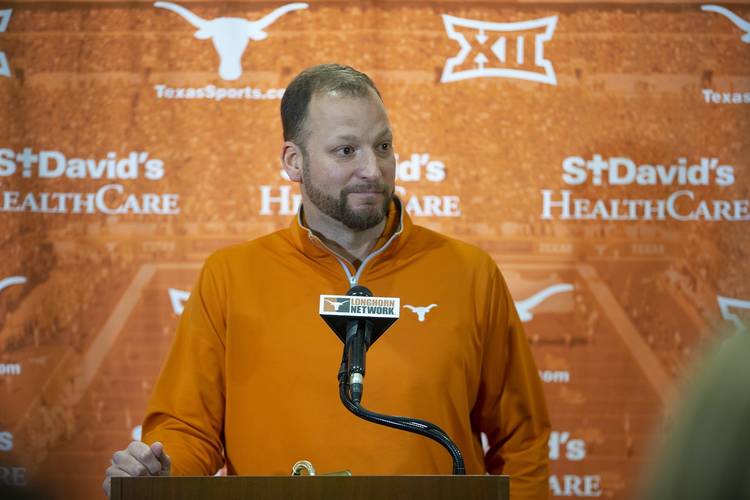 Fans of both football and the Texas Longhorns may have gotten a glimpse of UT’s playbook over the past few days.

Last Friday, Texas offensive coordinator Mike Yurcich began tweeting out a series of videos that he titled “#Covid19chalktalk.” The daily videos each featured a Yurcich-led tutorial of a passing play.

In his first two videos, Yurcich went over two calls that were respectively designed to beat zone and Cover 4 defenses. On Sunday, Yurcich then called on Drew Brees to critique a play that was once used by the NFL star at Purdue.

Yurcich was hired to coordinate Texas’ offense in December. Last season, Yurcich was the passing game coordinator for an offense at Ohio State that averaged 263.1 aerial yards per game. Only three Division I teams had more touchdown passes than Ohio State’s 48.

@drewbrees would love to hear your critique?!! pic.twitter.com/PGSBEFafnW

Thus far, Yurcich’s videos have been well-received. His “Cover 4 beater” video, which was posted on Saturday, has received over 1,400 likes and 175 retweets. The videos have also led to several conversations about football in Yurcich’s mentions.

Longhorn fans will have to wait to see Yurcich’s plays in action, however. Due to the coronavirus outbreak, Texas has sent its students home and decided to not allow large gatherings on its campus. The UT football team was supposed to hold its first practice of the spring this Tuesday. Its spring game was originally scheduled for April 25. It has not yet been determined if any football will be played this spring.