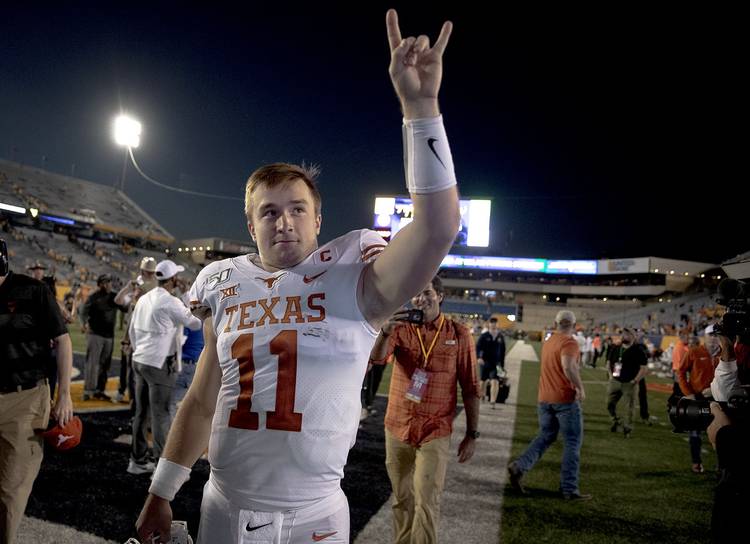 After leading Texas to 19 wins over the past three seasons, Sam Ehlinger is doing his part to beat an even bigger opponent.

Ehlinger took to social media on Friday to announce a fundraiser for COVID-19 relief. Through a GoFundMe page, the Longhorn quarterback said he wants to raise $1 million. The donations will be distributed to both national and local organizations like the Boys & Girls Clubs of America and the Central Texas Food Bank.

Please share with family and friends and let’s raise $1,000,000 for COVID-19 Relief. Shoutout @tlawrence16 and his girlfriend, @marissamowry210 for setting a great example with their fundraising platform. The link to donate and share is in my bio. Email ehlingerfund@gmail.com with inquires or questions.

Within the first hour of Ehlinger’s fundraiser, he had raised around $5,000. That number had tripled as of Friday afternoon. Names on the list of donors included Mike Yurcich and Tim Beck.

On Friday, Texas coach Tom Herman told that American-Statesman that “I’m just so proud. Ever since I’ve known him, he has used his celebrity to help other people, more than anybody I’ve ever seen. And it’s real. It is not a show. It’s important to him. … Such a great representation not just for Texas football, not just for the University of Texas, not just for Austin, not just for the state of Texas but for the entire country. It’s just amazing. Amazing.”

Ehlinger set up his fundraiser during the same week that Herman made a $10,000 donation to the Central Texas Food Bank. New Orleans Saints quarterback Drew Brees, who attended the same high school as Ehlinger, pledged $5 million to Louisiana organizations on Thursday. The inspiration for Ehlinger’s fundraiser, though, may have been another college quarterback.

Earlier this week, Clemson star Trevor Lawrence generated headlines when his school asked him to take down a similar GoFundMe page. Clemson had been concerned that Lawrence using his likeness to raise money was a violation of NCAA rules. The NCAA later said it would make an exception for that kind of charitable deed.

“We continue to work with member schools so they have the flexibility to ensure that student-athletes and communities impacted by this illness are supported, and we applaud Trevor for his efforts,” the NCAA said in a statement that was posted on Twitter.

In his video on Friday, Ehlinger thanked Lawrence for the example he and his girlfriend, Anderson University soccer player Marissa Mowry, set. He also thanked the NCAA and UT’s compliance office for approving this fundraising effort.