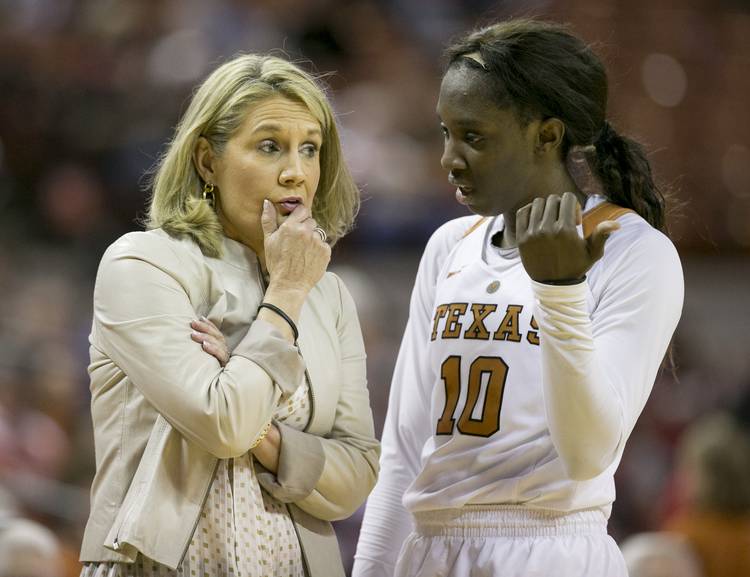 For the first time since 2012 — and fifth time in school history — Texas is on the hunt for a new women’s basketball coach.

Texas announced on Friday that it will not extend Karen Aston’s contract. Aston has been UT’s coach for the past eight seasons. Her current contract runs through August.

While in Austin, Aston went 184-83 with six trips to the NCAA Tournament. The Longhorns were 19-11 this winter.

Aston has not yet spoken publicly about her upcoming departure. In a statement, Texas athletic director Chris Del Conte called Aston a “first-class representative of UT.” Aston’s players have also shared their feelings on social media.

Thank you for giving me the best 4 years I could ask for. There was nothing that you wouldn’t have done for us! You had our backs just as much as we had yours. You weren’t perfect to everyone else but you were perfect to us (this team). You instilled the importance of Texas pride and Texas tradition into this program better than anyone could have ever done. Your hard-work, sacrifice, and commitment did not go unnoticed to us. You are an inspiration and I am so thankful for the relationship that we have built because it’ll go way beyond our time together at Texas. I love you coach 🧡

This gotta be the worst year ever.

Thank you to the entire coaching staff for one of the greatest years of my life! Im at a lose of words…. To the two amazing women I dont know what I can say. You guys have made an impression on me that will last a lifetime. Thank you for caring about me not only as a player but more importantly as a person. For treating me like one of your children. To My Guys, thank you for accepting me as a person and always reminding me to be who I am and never forget it. I could not ask for a better set of coaches my first year in college. Cant wait to see the amazing things ahead of you guys. You will always be in my heart. Thank you 🤍 Jeremiah 29:11 ✨

I just wanted to take the opportunity to thank Coach and our extended staff this season. They have made an impression on me that will last a lifetime. I wish them all the very best in what ever direction they choose to go and I’m sure they will all succeed! Love Y’all 🤘🏼🧡 pic.twitter.com/HKWvDJU1Zp

To the Coaches that took a chance on a lost kid

To the Coaches that believed when I didn’t

To the Coaches that never gave up on me