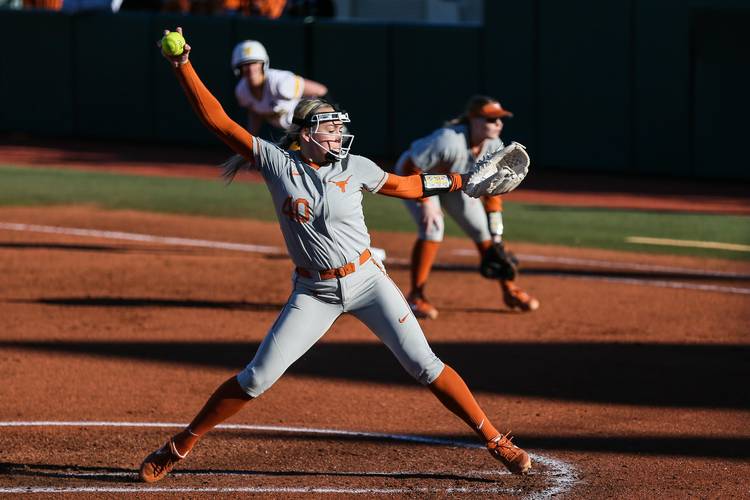 Texas pitcher Miranda Elish (40) winds up against the Wichita State Shockers during the Texas Classic at McCombs Field on Austin on Thursday, February 6, 2020. [LOLA GOMEZ / AMERICAN-STATESMAN]

Even in a shortened season, Texas pitcher Miranda Elish was dominant.

The right-handed flamethrower from Crown Point, Ind., was named Softball America’s national player of the year on Wednesday. Elish was the Longhorns’ best overall threat on a team that went 24-3 in the shortened season and finished No. 1 in Softball America’s final poll.

At the plate, Elish finished third on the team in hitting (.370) and cranked out seven doubles and four home runs.

Elish, a senior, has already announced she intends to return to Texas next season despite the coronavirus stoppage. The NCAA has already passed a rule giving another year of eligibility to spring sports athletes due to COVID-19.